The pair added 104 unbeaten runs for the seventh wicket.

Steven Smith scored his sixth century and Mitchell Johnson smashed a 37-ball fifty as the pair added over 100 runs on Day Three of the second Test between India and Australia at The Gabba, Brisbane. Johnson scored a quickfire half-century off just 37 balls. Brad Haddin was dismissed by Varun Aaron. Aaron got Haddin to fend off a short ball to Cheteshwar Pujara at short leg. Ishant Sharma dismissed Mitchell Marsh early. Marsh could only add four runs to his overnight score of seven as India drew first blood in the morning session. 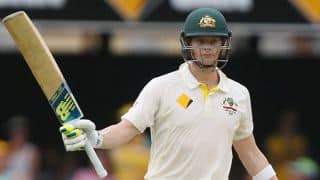 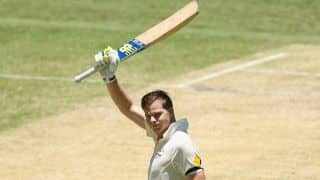