Optus Stadium will make its Test debut, and while the Western Australia Cricket Association (WACA) cricket stadium across the Swan River was known for its assistance to pacers, the new stadium and the nature of the surface too has people talking.

Facing an unfamiliar predicament of keeping the four-match Test series against India alive, after facing defeat at Adelaide in the first Test, Australia is set to unleash the bounciest track to get back on track in the second Test at Perth’s Optus Stadium, starting December 14, Friday.

Optus Stadium will make its Test debut, and while the Western Australia Cricket Association (WACA) cricket stadium across the Swan River was known for its assistance to pacers, the new stadium and the nature of the surface too has people talking.

According to curator Brett Sipthorpe, he has been told make the track fast and bouncy.

“We’ve just been told to make it fast, make it bouncy if you can and run with it,” Sipthorpe told cricket.com.au. “Were just trying to produce the bounciest pitch we can.”

ALSO READ: Is this India’s best fast bowling attack of all time?

And signs are that Sipthorpe has got it right.

Ahead of the inaugural Test, the track was tested out for Australia domestic competition, the JLT Sheffield Shield between Western Australia and New South Wales, and pacers dominated the proceedings taking 32 out of 40 wickets to fall and and Nathan Lyon claimed figures of 3/34 and 4/86, enjoyed the bounce on offer – going on to state that he was keen to get back and play a Test there.

“We’re pretty much planning for exactly what we had for the Shield game,” Sipthorpe said. “The feedback we got back from the players was terrific, I don’t think I’ve spent so much time talking to players during a game but we just wanted to garner as much feedback as we could from the players.

But, apart from the pace and bounce, other big factor Sipthorpe says will test the players will be the heat.

“They’ve had all the talk about pace and bounce and movement, but how long can you sustain heavy pressure in 38 degrees?” he said. “That’s the challenge. If you win the toss do you bowl and make the most of the conditions, or do you think – actually, we’re going to be pretty tired after 50 overs in 38 degrees?”, he added.

Two international matches (ODIs) have been played at the venue. The first one between Australia and England in January, which the tourists won by 12 runs after being bowled out for 259 in 47.4 overs. Two pace bowlers – Andrew Tye and Tom Curran – claimed five wickets each in that match. The second was an ODI in November, in which South Africa bowled out Australia for 152 in 38.1 overs and won by six wickets with 124 deliveries remaining. 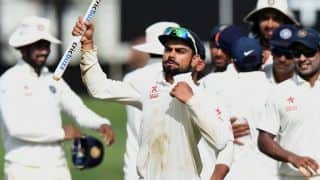 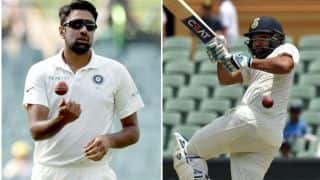