India went in to tea at 122 for 4, leading by 35 at tea on Day Three of the second Test at Bengaluru thanks to KL Rahul's third fifty this series.

India went in to tea at 122 for 4, leading by 35 runs on Day Three of the second Test at Bengaluru’s Chinnaswamy Stadium thanks to KL Rahul’s third fifty this series. However, India had gone in to lunch at 38 for no loss off 10 overs. They had come with an intent. They will deal in singles if Australia do not give away easy boundaries. Mukund, who was on pair, had luck on his side. A Mitchell Starc delivery took off the surface, taking outside edge off Mukund’s bat and soaring over the wicketkeeper’s head. FULL CRICKET SCORECARD: India vs Australia, 2nd Test at Bengaluru

On the other hand, Rahul looked out of sorts at the start of the innings. He played a few away from his body. A few beat his inside as well as outside edges. However, Mukund made sure he pushed Rahul for singles and take pressure off him. All in all, India looked in good position until Josh Hazlewood knocked over Mukund with the one that moved away late.

Given the fall of wicket, Steven Smith attacked with pacers from both ends. But the result was the same the Virat Kohli had witnessed. The batsman looked comfortable at the crease instead, forcing Smith to introduce Nathan Lyon.

Meanwhile, India’s rendezvous with luck continued. New batsman Cheteshwar Pujara was dropped twice. Both off Lyon, and that too off outside edges. While Matthew Wade went into the direction of the turn and missed it, Smith failed to stoop low on his left. Nonetheless, Pujara survived. India continued piling on runs.

Rahul soon raced to his first half-century in second innings. However, Smith made amends for the dropped catch. He took a one-hand stunner, to his right, to dismiss Rahul for 51. FULL CRICKET UPDATES: India vs Australia, 2nd Test, Day 3

In came Virat Kohli at No. 4. The onus was on him to stitch the match-changing partnership with Pujara. He hit a four, showing usual signs of intent. But he, too, was sent packing. Hazlewood hit back-of-length. The ball kept low, leaving very little time to react. The Australians appealed for lbw. Nigel Llong adjudged him out in no time. Kohli asked for review. The TV umpire had to take his time to give a final verdict, for there was no conclusive evidence that the ball had hit the bat first. He instead stayed with the original decision. Kohli walked back for 15.

Then came the surprise of the day. India sent all-rounder Ravindra Jadeja at No. 5, ahead of Ajinkya Rahane and Karun Nair. All the same, the experiment did not work. Hazlewood castled Jadeja with a late in-swinger, picking his third scalp. 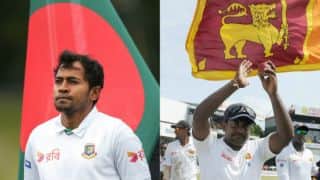 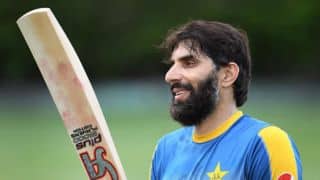