Whether history repeats itself or reality despises India, is a question only time will tell.

India have a lead of 87 runs. They have Cheteshwar Pujara and Ajinkya Rahane in the middle, with a partnership of 93 runs despite India stuttering at 77 for 4 at one point. Australia, on the other hand, need 6 wickets so they can chase down a rather paltry total on a rather diabolical wicket. The Bengaluru track, in all honesty, is two-natured: one session it helps the bowlers and the other batsmen. However, the match hangs in balance with India’s Test specialists in the thick of things. But that does not disregard the fact that Australia will not let India off the hook. FULL CRICKET SCORECARD: India vs Australia, 2nd Test at Bengaluru

The scorecard of India s last three innings suggests they are on the verge of losing match. Their three innings in the series read 105, 107, and 189. These include only two individual fifties, both by KL Rahul (64 and 90). In fact, Rahul scored 44% of India s runs in the first three innings (41% if you exclude extras). India had to endure a 333-run crushing defeat in the first Test at Pune, thanks to Steven Smith s hundred and Steve O Keefe s smart, probing bowling. Remember, all this was happening on their home turf, where Virat Kohli had scored runs and Ravichandran Ashwin had taken wickets by the bucketful, where they have beaten New Zealand 3-0, England 4-0 and Bangladesh 1-0 earlier this season.

There was a statistic doing rounds on the internet before the second innings of the Test. If one took Rahul away, the 30 innings by the Indian batsmen in the series amounted to 372. That is 12.40 per outing. On the other hand, the 29 extras have come at an average of 9.67. No, things were looking really bleak for India if one took Rahul s contributions away. That is as ordinary as things can get, more so because India are ranked No. 1 in Test cricket.

However, the result of the series opener and the scorecard of the fourth innings suggests India would go on to win the ongoing Border-Gavaskar Trophy 2016-07. How, you ask?

Let us take a stroll down memory lane.

India had lost the first Test of Border-Gavaskar Trophy 2000-01 by 10 wickets, a margin as embarrassing as the 333-run margin in the Pune Test. An Australian spinner the Victorian blonde had taken more wickets than famed Indian spinners, like the way O Keefe did at Pune. Wait, there is more to it than it appears.

India had trailed by 274 in the second Test in 2000-01, at Eden Gardens. In the ongoing Test, they trailed by 87 runs. Though the margin was more baffling 16 years ago, the 87-run deficit against an in-form Australian side is no less intimidating. One must also remember that 87 is not as small a number as it comes across at face value: no side is yet to reach 300 in the ongoing Test series.

There was more. India were 232 for 4 at Eden Gardens. They trailed by 42 when Rahul Dravid had walked out at No. 6 to join VVS Laxman. When Rahane joined Pujara here, they led by 44. The deficit was different, but then, India have really shown no gumption with bat in the ongoing Test series. Bengaluru s two-paced wicket also has cracks similar to the ones found on barren area of land that has no plantation on it. Additionally, even if India emulated their highest score in the series (189), that would have given them barely over hundred to bowl at.

If anything, history suggests that tables will turn and India will clinch the series (though by history we mean a rather small sample). With two more days remaining in the Test, these predictions cannot be ruled out. The conviction with which Pujara and Rahane batted in the last session of Day Three should make Indian fans optimistic about a Dravid-Laxman genius.

The last session of all three days of the Bengaluru Test saw batsman witness no trouble. The ball has not zipped through their defences. There has been no variation in bounce. If anything, the ball came rather sweetly onto the bat. Pujara and Rahane made full use of the situation, so much so that this turned out to be the first wicketless session of this series.

India can pull off an encore to edge past Australia. Given the nature of the track in the first two sessions, India would lose wickets in quick succession.

Whether history repeats itself or reality despises India, is a question only time will tell. 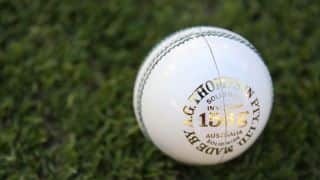 Vijay Hazare Trophy: Quarter-finals to be played on March 12 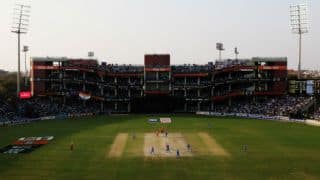