KL Rahul hoped that the Indian spin duo of off-spinner Ravichandran Ashwin and left-armer Ravindra Jadeja can get hosts back on track versus Australia on Day 2.

India‘s opening batsman KL Rahul, whose defiant 90 on Saturday helped the hosts reach a paltry 189 in the first innings of the second cricket Test against Australia, said it was by far his “most difficult” Test innings. Rahul, who curbed his natural instincts to score 90 from 205 balls, acknowledged that the wicket at the M. Chinnaswamy Stadium was challenging, and had some dampness early on. Full cricket scorecard: India vs Australia, 2nd Test at Bengaluru

“The wicket wasn’t the easiest to play on. It was by far the most difficult innings I had to play in Test cricket. It was challenging but I was relishing the challenge. The team needed me to stay there for as long as I could and get some runs on board. That was the role and responsibility given to me, so I tried to play that out to the best of my ability. This is my home ground and I have played on wickets like these before and I had a fair idea of how to play on this wicket. I was looking to put the loose balls away and give the good balls the respect it demanded. I am happy with the way I batted,” he added.

On being asked about the change in approach, specially after losing skipper Virat Kohli‘s wicket, Rahul said he wanted to tire out the bowlers before playing his shots, which unfortunately did not materialise as India kept on losing wickets.

“Its important for an opener to not let a spinner settle and that’s what I have been trying to do in the past 6-8 months. But on this wicket, which was a little damp and had some bounce, I felt if I swept I could get a top edge and they had the fielders back right from the first ball.”

“So I looked to play time and tire the bowlers out. We were getting singles easily when I and Ajinkya (Rahane) batted and then Karun (Nair) came in. So the strike was being rotated and we were getting 3-4 runs an over, so that’s when I decided to restrict myself and waited for them to pull the fielders behind that didn’t happen as we kept losing wickets,” he said.

Defending the way Kohli, Rahane and Karun (Nair) were dismissed in the first innings, the 24-year-old said: “I don’t think Kohli, Rahane and Nair threw away their wickets. As a batsman, you have to look to take some chances sometime. Kohli’s ball didn’t spin as much and went straight on which can happen anytime. Karun and Ajinkya looked set and were getting the runs easily and the gameplan was to attack the spinners whenever we could but sometimes it doesn’t go your way and it’s a bad day for a few batsmen. We have to take it in our stride and come back stronger in the second innings,” he stated.

Rahul hoped that the Indian spin duo of off-spinner Ravichandran Ashwin and left-armer Ravindra Jadeja can get into that rhythm quickly on Sunday like Australia’s Nathan Lyon, whose career-best figures of 8 for 50 broke the backbone of the Indian batting.

“Once the cracks start opening up, its going to be very difficult to bat on this wicket and we all know Ashwin is a top class bowler and once he gets a couple of wickets he gets into that rhythm then he is going to run through the Australian batting which we are very confident of,” concluded Rahul. 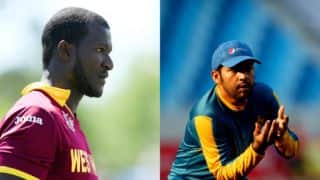 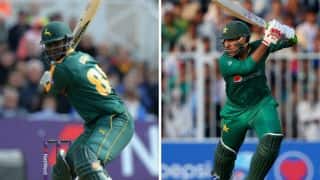