India reached 29 for five in five overs in the third One-Day International (ODI) at the Punjab Cricket Association (PCA) Stadium in Mohali on Saturday. 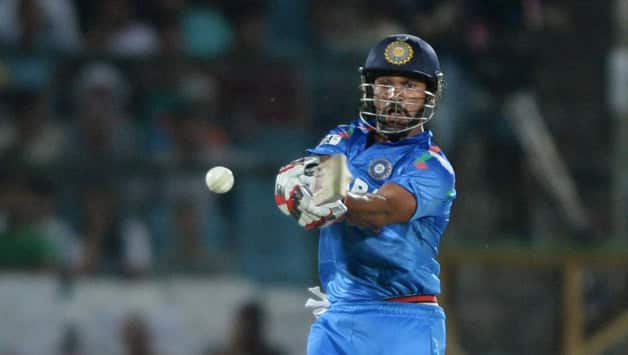 India reached 29 for five in five overs in the third One-Day International (ODI) at the Punjab Cricket Association (PCA) Stadium in Mohali on Saturday.

The Indian innings got off to a quiet start, with the two runs coming off wide deliveries. The first run off the bat came off the eighth delivery as Shikhar Dhawan played an exquisite cover drive for a boundary. However, Clint McKay returned to beat Dhawan’s bat with an away-going delivery outside off. Dhawan came back to flick a delivery off his legs for another boundary. Nonethless, McKay eventually won the battle as he squared Dhawan with an off-cutter t find an edge which is bsafely pouched by the wicketkeeper.