He also said that all Australia need to do is to execute their plans and coming out with a better batting performance to keep the series alive.

New Delhi [India]: Despite Australia being down 0-2 in the ongoing five-match ODI series, former pacer Michael Kasprowicz is hoping for a turnaround from Steve Smith & Co when they face India at the Holkar Stadium on Sunday. “The toughest thing about playing cricket is adjusting and adapting your skills. Unfortunately, it takes a little bit of time and there’s not much time in 50-over cricket to do that. It’s a shame for Australia that they lost first two matches,” Kasprowicz told ANI on the sidelines of a programme hosted by the Australian High Commission for sports law and governance.

“I am looking forward to see them to correct that. This third match is the new game. That’s with Steve Smith does for the team and with the coach David Seckar, the assistant coach at the moment. Coming out of here, I am sure he will have an impact in turning things around,” he added. The visitors were tormented by spinners Kuldeep Yadav and Yuzvendra Chahal in both the matches so far, and though both Smith and David Warner denied having too many problems against them, the numbers suggest otherwise.

Kuldeep and Chahal have bagged ten wickets between themselves so far. The former right-arm pacer admitted that Australia have always found it difficult to tackle spin in the sub-continent and, therefore, they have to come out with a better performance. “We have always found it difficult to adjusting to spin in these conditions. It’s part of life, playing cricket in the subcontinent. So, I don’t think that’s going to be a big deal,” he said.

The 45-year-old further said that all Australia need to do is to execute their plans and coming out with a better batting performance to keep the series alive. “If they just exercise their skills, strategy wise I think they will be fine, they have some good plans and would have prepared really well. It’s just about executing those plans,” he said.

When asked about what strategy should Australia apply in the third game, the former pacer said, “Score more runs than India.”

“We have some fantastic and talented players in the Australian side. They have played a lot of cricket in the IPL. So, I am looking forward to them really stepping up and dominating this third match,” he added. 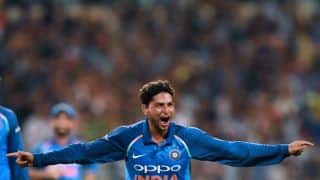 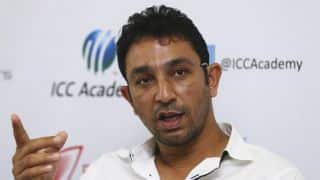