This season Virat Kohli has scored a hundred in every fifth innings. For that matter, his last four innings read 0, 13, 12, 15. This means a hundred is on the cards only if Australia let him bat.

Virat Kohli yet again stole the thunder from the Australians. Neither did he score a century nor did he get involved in a banter. In fact, he was off the field for half the day. He hurt his right shoulder while stopping a certain boundary. In the pursuit he hurt his right shoulder. By the looks of it, he went to the dressing room to take precautionary measures. But there was more to it than it appeared. The magnitude of his injury was threatening, so much so that he will bat only if needed. All hell broke loose when the news flashed. But, Steven Smith

He came. He saw Steven Smith become the first centurion of this otherwise bowler-dominated series. He nearly called Smith ‘a cheat’. He then said it is wise to move on. He is Virat Kohli, merciless and an alleged ‘spoilt brat’. Then came Smith. He termed Kohli’s words ‘rubbish’. Smith did not move on. He took the crease. He saw Kohli go back to the dressing room to nurse his injured shoulder. He batted and batted long. He scored another hundred, still the only centurion of the series. He has not won the battle yet, but he proved why he is the No. 1 batsman in ICC Test Rankings, ahead of Kohli. Full cricket scorecard: India vs Australia, 3rd Test

Australia posted 299 for 4 on the opening day of the third Test at Ranchi India‘s 26th venue in the longest format. From Umesh Yadav’s toe-crushing yorker to Glenn Maxwell’s achievement to survive 100 balls for the first time across formats, Day One produced some phenomenal cricket in MS Dhoni’s home town. It belonged to Australia despite the top order throwing away wickets in the morning session. However, let us not disregard the fact that the team that won most sessions on Day One went to be the losing side.

On the contrary, the captain who wins toss ends up emerging triumphant. This fact, however, contradicts the above. Thus, the prediction now becomes a brainer. But we can at least preview how Day Two may pan out. Full cricket updates: India vs Australia, 3rd Test, Day 1

This season Kohli has scored a hundred in every fifth innings. For that matter, his last four innings read 0, 13, 12, 15. This means a hundred is on the cards only if the Australians let him bat. In addition, India would want their captain in the best of his health if they are to stay on course.

Before Kohli shoulders the responsibility, India have their task cut out: get rid of the remaining six batsmen. If anything, stop the Smith juggernaut before one thing leads to another and it is too late. He has a highest score of 192 against them. He already has 6 hundreds against them. He loves obliterating them. He has somehow made it a habit.

And at the other end is Maxwell unbeaten on 82. He is, in all probability, on the verge of converting his maiden fifty into a three-figure mark. For India to get back to the contest, their bowlers will have to stop the now 159-run stand from extending to a match-winning one.

As a matter of fact, India are lucky that Mitchell Starc is not a part of the opposition team, meaning the threat of extra 30-40 runs is out of the equation. No doubt that the track will only get better for the batters and there are no cracks for the Indian spinners to exploit, but they will have to find a way to dismantle Australia and dictate terms to regain Border-Gavaskar Trophy. 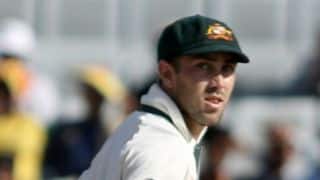 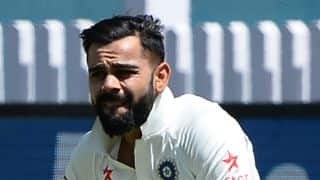