Cummins has his eyes set on obtaining a year-long central contract with Cricket Australia provided he can feature more regularly and prominently.

Australia fast bowler Pat Cummins has come a long way from being a fragile bowler whose career was pulled down by repeated injuries, and the 25-year-old has his eyes set on obtaining a year-long central contract with Cricket Australia provided he can feature more regularly and prominently.

Cummins started off as a tearaway pacer during a series against South Africa in 2011, but stress fractures and other injuries prolonged his aspirations of being a regular in all formats. But if his recent appearances are to be looked at, Cummins has played the most number of Tests ever since he made a successful comeback during the series in India last year. Cummins has played 15 Test, while Josh Hazlewood has featured in 14 and Mitchell Starc 11.

This, when Cummins was nursing an injured back earlier this year which kept him out of the two Tests against Pakistan and the UAE, the ODI tour of England and as well as the IPL. However, having regained full fitness, Cummins is keen on playing more frequently for the country in all three formats and in the process, push for his case in attaining a year-long contract from Cricket Australia during their next round in April 2019.

“As fast bowlers, we put ourselves through a lot,” Cummins told AAP ahead of the Boxing Day Test against India. “I guess every sport has long-term contracts, so I just asked the question of seeing if I could do something longer term.

“I know next year, it’s a really tight schedule around the IPL, so I opted out. But at the time, there was so much change, obviously ‘JL’ (coach Justin Langer) coming in and a new structure, so I think everyone was finding their feet and it got put off for a year.”

What bodes well for Cummins is that besides bowling, he is also focussing hard on his batting. During the first Test against India, Cummins, batting at No. 8, allowed Australia to come close to India s first-innings total and frustrated the hosts in the second innings as well with 28 off 121 deliveries. In the second Test at Perth, he again scored 19 off 66 to thwart India s plans of getting away with Australia s tail.

“I put a lot of pride in my batting,” he said. “I know as a bowler how frustrating it is if the tail’s hanging around and you’re bowling more overs than I suppose you might think you had to at a certain point in time.

“Like most tailenders, I probably find it hard to score runs sometimes so, for me, it’s just about trying to protect my wicket and face as many balls as I can.” 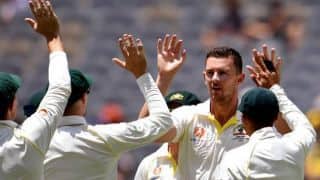 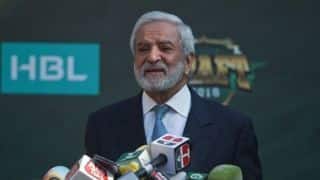