India s 137-run win over Australia in the third Test is not only their first in Melbourne since 1981 or their 150th in Test. The win also marks Virat Kohli s 11th overseas win as captain of India, tying wih former India captain Sourav Ganguly for the same. Under Kohli, India has now won Tests in Sri Lanka, England, South Africa, West Indies and now Australia.

Under Kohli, who began his reign as full-time captain in 2015, India have won five Tests in Sri Lanka, two in West Indies, one each in South Africa and England and now two in Australia. Ganguly during his captaincy stint between the year 2000 and 2005, won one Test each in Australia, England, Sri Lanka and Bangladesh, two in Pakistan and West Indies, and three in Zimbabwe.

Kohli however has taken fewer Tests to register these wins. While Ganguly’s wins came in 28 Tests, Kolhi has taken 24 matches.

After Kohli and Ganguly, MS Dhoni has the next highest number of away wins with India triumphing six times overseas in 30 Tests under him. These include wins in Bangladesh, New Zealand, South Africa, England, Sri Lanka and West Indies. 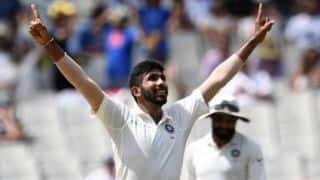 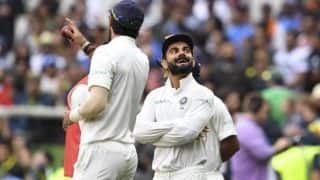