"After the brain fade incident, Australia have used 12 referrals and got just one right. I think they got seven out of 16 spot on before the brain fade controversy." - Sunil Gavaskar

Dharamsala: Former captain Sunil Gavaskar today revisited the ‘brain fade’ controversy, pointing out that Australia have got almost all their referrals wrong post the row that erupted in the aftermath of the second Test at Bengaluru. At the end of third day’s play in the final Test here, Gavaskar pointed to the dismal record of Steve Smith‘s men when it comes to reviewing decisions after the ‘brain fade’ episode. Video: Did Steven Smith call Murali Vijay a f**king cheat in India-Australia 4th Test?

“After the brain fade incident, Australia have used 12 referrals and got just one right. I think they got seven out of 16 spot on before the brain fade controversy. I’m not sure of exact number. But you need to look at this a lot more closely,” Gavaskar told ‘NDTV’. The batting great also hit out at the Australian camp for are constantly criticising Indian captain Virat Kohli. “We should not give any importance to these guys, they are frustrated and that is why they are taking it out on Virat Kohli,” he said.

It all started with Smith looking towards the dressing room for advice on a DRS call after he was adjudged LBW by umpire Nigel Llong at the Chinnaswami Stadium. As the issue threatened to escalate, the ICC intervened and brokered peace without penalising anyone. Steven Smith earlier, said that he was disappointed by Virat Kohli s statement that Australia broke the DRS protocols repeatedly in the second Test in Bengaluru, dubbing them as completely rubbish . 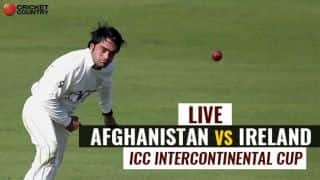