India vs Australia, 2nd Test: KL Rahul said despite having a sore shoulder, he did not find it difficult to bat as long as he kept scoring for the team's cause.

Bengaluru: After guiding India to a brilliant 75-run win in the second cricket Test against Australia here on Tuesday, opener KL Rahul said despite having a sore shoulder, he did not find it difficult to bat as long as he kept scoring for the team’s cause. The 24-year-old local lad stood out, scoring 90 and 51 in either innings at the M Chinnaswamy Stadium, where most batsmen found the going tough. “There is no better place to perform like I did. After that first loss, to come here and do what we did is really really special. we have achieved a lot but this win for a young team will be really really special,” Rahul, who was adjudged the man-of-the-match for his effort said. Full cricket scorecard: India vs Australia, 2nd Test at Bengaluru

“My shoulder gets quite sore, I can’t dive, and I have to restrict a couple of shots. It is not such a bad thing. I can bat within myself, even had a word with the batting coach [Sanjay Bangar] but I am enjoying batting with the problem,” he added. Commenting on the team’s strategy after setting a 188-run target, Rahul said: “I have played all my cricket here. I told them if we get 150 lead we will win by 30 runs and that’s what happened.” Full cricket updates: India vs Australia, 2nd Tests, Day 4

“We knew the third day was the best day to bat on, and the approach from us was brilliant. The way Cheteshwar Pujara and Ajinkya Rahane batted in the second innings, that really set the game for us,” he added. Rahul, who was himself long due for runs at the top, said he was disappointed as an opener at being unable to score big hundreds before this Test.

“There was a time they said when I get past 20, I get a hundred. That was a problem. Now if I get just 50, that is a problem. On a serious note, I was disappointed. Openers need to get big runs. This was a disappointment but now that we have won, that disappointment is gone,” he said. With the series locked at 1-1. both the teams will now move to Ranchi for the third Test, starting on March 16. 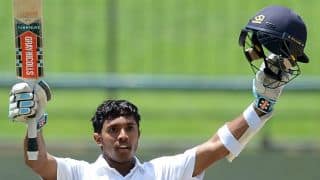 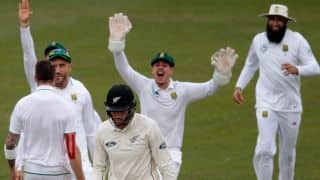