KL Rahul took 37 balls to reach his fifty, in which he hit five fours and a six. 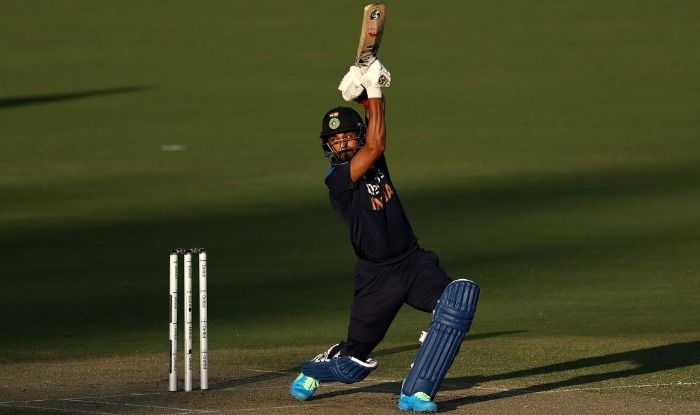 Flamboyant India batsman KL Rahul slammed his 12th T20I half-century at Manuka Oval, Canberra. Rahul, who was the Purple Cap holder in the recently concluded Indian Premier League, continued his golden run with the bat in the first T20I against Australia. Rahul took 37 balls to reach his fifty, in which he hit five fours and a six.

Rahul started the inning with a dominating style and attacked the Aussie players with some staggering shots. Earlier, put to bat first, India lost Shikhar Dhawan early as under-fire Mitchell Starc produced a toe-crushing yorker to castle the Indian southpaw for just 1.

Skipper Virat Kohli, who came out at no 3, failed to score big in the opening T20I and became the victim of Mitchell Swepson on just 9 as his misery against the leg-spin continues.

Rahul shared a crucial 38-run partnership with Sanju Samson to rebuild India’s innings. Samson, who was playing his first game of the tour, was dismissed by Moises Henriques on 23. Samson innings was filled with some exciting shots including and 95-meter maximum against Swepson.

While Rahul failed to convert his fifty into a big score and departed on 51 as Henriques picked his second wicket.

Meanwhile, Team India rested Shreyas Iyer and Jasprit Bumrah for the mega clash as T Natarajan got his debut cap in T20Is. Earlier the left-arm made his ODI debut in the third match of the series against Australia on Wednesday.

Kohli was impressed with the left-arm pacer’s composure in the ODI who was one of the standout performers during the IPL 2020 with his pinpoint yorkers.

“Natarajan is making his debut today. Looked composed in the third ODI. There was a reason I went to him,” Kohli said at the toss.

“Great chance to have a look at a few guys. Have managed workloads of the bowlers nicely so far. We’ve been playing good T20 cricket, we just have to continue that,” he added. 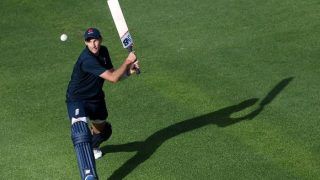 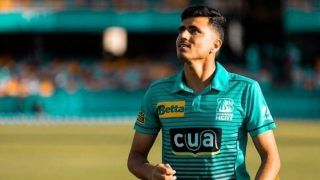