Australia coach Justin Langer on Friday paid rich tributes to Mahendra Singh Dhoni calling him a superstar and an all-time great of the game.

Australia coach Justin Langer on Friday paid rich tributes to Mahendra Singh Dhoni calling him a superstar and an all-time great of the game after the veteran wicketkeeper-batsman produced a master class run-chase in India‘s ODI series clinching win in Melbourne. (No one is more committed to Indian Dhoni: Kohli)

Dhoni scored an unbeaten 87 off 114 balls to anchor India to a seven-wicket victory in the third ODI to clinch the series 2-1. The tourists won their maiden bilateral ODI series triumph in Australia. (Have seen Tendulkar get angry but not Dhoni: Shastri)

Langer was amazed by Dhoni’s fitness at the age of 37 and said that playing against him has been a rich learning experience for his young side. “He (Dhoni) is 37 years old. His running between the wickets is elite, and his fitness is elite. For him to run between the wickets for three days in a row, it was 40 degrees the other day, and play like that, he is a superstar of the game and that’s what Australians should be aspiring to be — superstars of the game,” Langer said at the post-match press conference.

“MS Dhoni, like Virat Kohli, like Cheteshwar Pujara in the Test series, they give us really great role models. MS Dhoni, his record, everything speaks for itself as a captain, batsman, wicketkeeper. He is literally an all-time great of the game and it has been, as hard as it is to lose, a privilege to play against those guys.”

Dhoni was dropped twice — when on 0 and 74 — and Langer said that cost his side the match. He also said that Dhoni gave his young side a batting tutorial on how to go about in such a run chase. “You drop MS Dhoni a couple of times and you don’t win. You don’t give great players chances. We did that tonight. We get down the 49th over and MS is there again. It was a great lesson for our squad. We talk about match winners, getting the job done — he showed us again. It is a great tutorial for our batters,” he added.

“If MS Dhoni can come out and run between wickets like that after keeping wickets for 50 overs, that is the level the whole world should be aspiring to. I would be amazed if they (Australian players) don’t learn from playing against those guys. For a young squad, there is no better lesson and learning to rub shoulders with great players. I’m glad we have had the experience,” he said.

Dhoni copped a lot of criticism from all quarters for his slow strike-rate at the start of the series but has bounded back with three half-centuries in three matches to be adjudged Man of the Series.

Langer lamented that his side were not up to the mark in the series in terms of holding their chances. He said that it had been a close series against a very good Indian team.

“It has not been a one-sided series. India have been too good for us all summer, in Tests and in ODIs. But it has been a close one. The boys have fought hard and we have had some real positives. Jhye Richardson has been a shining light. Peter Handscomb has done a good job in the middle overs and Shaun Marsh has been in great nick. We had our chances and we just didn’t take them.

“India are a great side. We should take some great confidence with the way we played against them. If we had taken our chances in Adelaide, this series could have been different. There is light at the end of the tunnel for this team. We can look at the wins and losses, but they will come good,” he signed off. 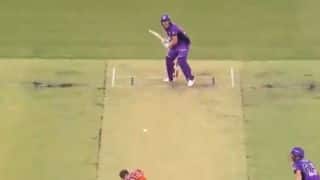 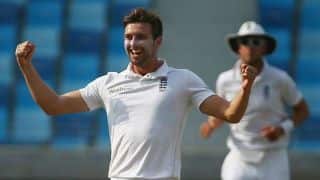