Australia s most successful off-spinner with 120 wickets in 57 Tests, Nathan Lyon feels that he needs to make an adjustment or two to be successful in the series against India in the subcontinent, beginning from February 2017. Lyon was part of the Australian team that was whitewashed 3-0 in Sri Lanka. Lyon finished as the second highest Australian wicket-taker behind Mitchell Starc, but it was nothing compared to the damage Sri Lankan spinners Rangana Herath, Dilruwan Perera and Lakshan Sandakan. Having closely watched the way the Sri Lankan spinners operated, Lyon understands that he has to become a different sort of bowler to be successful in India. Full Cricket Scorecard: Australia vs South Africa 1st Test at Perth

You can t just put it to the side, you have to reflect on it and move forward, Lyon said in Perth, ahead of the first Test against Australia. I ve moved forward, and I ve definitely learned from that experience. I ve sat down with John Davison [Lyon s long-time spin-bowling mentor] and had a really good chat about it, according to cricket.com.au. Lyon however is not thinking far too ahead, as he will have to play a major role in the three-Test series against South Africa. For that series he however says that he will just bow the way he has been bowling in Australia. I m going back to the way I ve been bowling best in Australia for the last 18 to 24 months now, so I ll keep going down that game plan and my little blueprint I work off bowling here in Australia, said the off-spinner.

But when we come to subcontinent conditions again I m going to have to re-evaluate and prepare for that. We ve got six big Test matches [in Australia starting on Thursday] so I can tell you one thing. I m not going in the nets this afternoon [at the WACA] and bowling in subcontinent conditions, that s for sure. When the Indian Test series comes around [next February] we ll look at that. 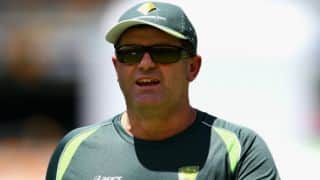