The veteran off-spinner said that beating the current Indian side will not be an easy task for the Australian team.

Echoing the sentiments of the Indian team management and the chairman of selectors MSK Prasad to give Rishabh Pant an opportunity to stake claim for a place in India s 2019 ICC Cricket World Cup squad, Harbhajan Singh on Friday said that the five-match ODI series against Australia is a chance to cement his place in the 15-man squad for the ICC event. (ALSO READ: Want to give Rishabh Pant a few ODIs before finalising India s World Cup 2019 squad: MSK Prasad)

Pant, who has not played too many games for India in the limited-overs cricket, was picked over Dinesh Karthik in India s five-match ODI squad against Australia.

“This [India vs Australia series] is the opportunity for Rishabh Pant to cement his place in the World Cup squad and for KL Rahul, obviously this is the chance. If Rahul fails to get runs, then we should not be too surprised to see Pant as an opener and Dinesh Karthik could get a spot in the team in that case,” Harbhajan told Aaj Tak. (READ: Ashish Nehra s five reasons for Rishabh Pant being in India s World Cup squad)

The veteran off-spinner also said that the squad which has been picked for the ODI series against Australia will be India s 15-man unit for the World Cup.

“I don’t think there will be changes in the Indian team for the World Cup even if someone plays amazingly well in the IPL, be it Suresh Raina or any youngster. I don’t think the 15-man squad will change, unless there are injuries or so. BCCI is also looking at the squad in the manner of who to rest and how during the IPL, so the squad is more or less locked,” said Harbhajan. (ALSO READ: Is this India s final World Cup squad?)

Harbhajan, who was a member of Indian squad when they won the 2007 ICC World T20 Championship and 2011 ICC Cricket World Cup, further said that beating the current Indian side will not be an easy task for the Australian team. (ALSO READ: India should include Rishabh Pant in the playing XI for the World Cup: Mohammad Azharuddin)

“Given India’s current form, I don’t think any team will be able to beat them. Even if India give their 60 per cent, they will win the ODI series 4-1. Jasprit Bumrah’s return is a big plus for Team India,” concluded Harbhajan. 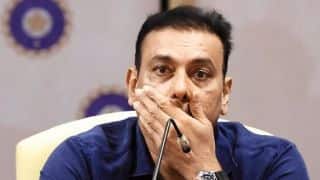 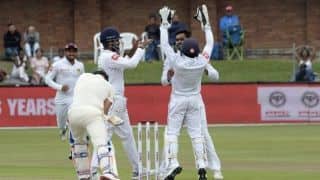