Travis Head scored an attractive 65 in the practice match against Board President XI.

Chennai: Australia batsman Travis Head said his team has some exceptional fielders, who can turn the match in pressure situations during the five-match ODI series against India.”Fielding could win or lose you a game. I guess the Australians pride themselves on their fielding and we have worked hard on that skill,” Head told reporters after a practice session at M A Chidambaram Stadium. “Make sure we go in and do that in pressure situations. We have some extremely good fielders, yes. We have seen guys who can win games with their fielding,” he said. Head said he was happy to get a chance to bat up the order and was looking forward to doing so in the ODI series, starting here on September 17.

“I am excited about the prospect. Hopefully I’ll get the chance to go up the order again and bat at No.4,” said the left-hander, who scored an attractive 65 in the practice game against Board President’s XI.”Since I have come into the side, I feel confident. It was nice to get some time in the middle the other day.” Talking about the batting line-up, Head said, “We have got David (Warner) and Steve (Smith), who are in great touch and also (Matthew) Wade. (Marcus) Stoinis batted really well the other day and James Faulkner has done that before. We don’t rely on one person. Most of the batters came in and got a hit out there and bowlers did the same thing in the practice game.”

Asked how crucial it would be manning the middle-order along with Glenn Maxwell, Head said, “Yeah, once it is set up by the opening batters, hopefully me and Glenn can do that at the back-end of the innings. We complement each other in the side. We can both play in the same side. I have been working hard on my bowling. We both bowl different styles. We are confident of each other’s styles.” Head also heaped praise on India captain Virat Kohli, his teammate at IPL franchise RCB.”He (Virat) has a very good work ethic, I think. I think he is very good on match day. He just plays the conditions very well and adapts very quickly. I think it comes with some experience,” the Australian all-rounder said.

Reflecting on the past 12 months, Head said: “Yeah, it is nice. I haven’t thought about it too much. It (a year) has gone by pretty quickly. It has gone really well. I feel very welcome in this side. They let you express yourself as much as possible. That’s what I feel most comfortable.” 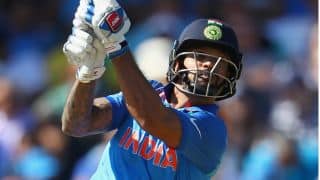