Mesmerising Indian cricket fans with his wrist-spin, Kuldeep Yadav has so far made quite an impact against Australia. Kuldeep, who made his Test debut against Australia, continues to haunt them in the ongoing One-Day International (ODI) series as well. Kuldeep s chinaman bowling has not been deciphered by the likes of David Warner, Steven Smith and others.

His partnership with Yuzvendra Chahal has been a treat for fans so far. Talking about his partnership with Chahal, Kuldeep stated, In the Ranji Trophy I played with PC bhai (Piyush Chawla) but never got many chances. It becomes a good experience to have two wrist spinners in the team, both are of attacking types and chances of taking wickets are more. There may be times when we will end up wicketless. We will grow series by series.

The pair in-between them scalped 5 wickets at Chennai in India s 26-run win. Kuldeep went on to express his delight in picking Warner s wicket.

I guess he (Warner) takes pressure while batting against me, and feels I can get him out anytime. It s good that there s no pressure on me and I enjoy bowling to him. I always feel to get him out and set my plans accordingly. I will try to get him out more, Kuldeep concluded. 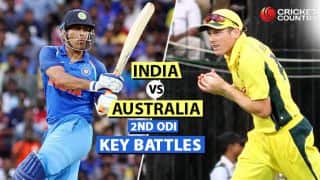 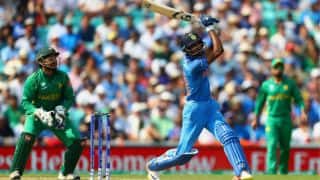