Akhtar took to twitter stating that aggression has been part and parcel of competitive cricket and added, Please cut him some slack

Former Pakistan international Shoaib Akhtar came out in support of Indian skipper Virat Kohli for his aggressive on-field antics during the India vs Australia Test series.

The Indian skipper has come under criticism for his sledging and heated exchanges with Australian counterpart Tim Paine during the tense second Test in Perth, which at one point needed the umpire to intervene.

However, Akhtar took to twitter stating that aggression has been part and parcel of competitive cricket and added, Please cut him some slack .

@imVkohli is one of the modern greats of the game. Aggression has been a part & parcel of competitive cricket, specially when you are playing Down Under as long as it stays in limit. Please cut him some slack.

Former Australian quick Mitchell Johnson had slammed Kohli for failing to acknowledge the crowd s applause after he was controversially given out in the first innings for 123, and for his frosty handshake with Paine at the end of the game.

And in a stunning rebuke, veteran Bollywood star Naseeruddin Shah described him as not only the world s best batsman but also the world s worst behaved player .

But, there are a few who came out in support of Kohli before Akhtar,

Former Australia captain Allan Border came to the defence of the 30-year-old, saying his antics might be over the top but the game needs characters who show passion.

An excitable character who wants to win at all times, that s how former Australian coach Darren Lehmann described Kohli and said there was nothing wrong with the Indian captain s on-field conduct. 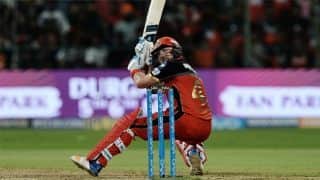