India vs Australia Squad Selection: Shardul Thakur or Mohammed Siraj - Who Will Get The go Ahead For Fifth

With the two white ball series (T20Is and ODIs) slated before the marquee four-Test rubber, a jumbo squad is expected to be picked. 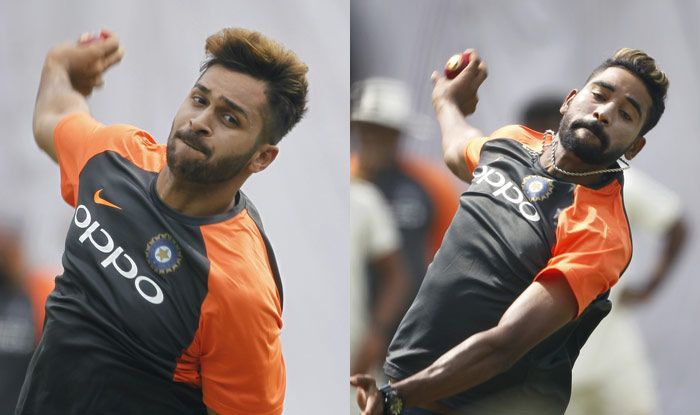 Hyderabad’s Mohammed Siraj will fight it out with Mumbai’s Shardul Thakur to claim the fifth bowler’s spot in the Test format for the upcoming Australia tour while Gujarat left-arm spinner Axar Patel is also likely to be in contention for a place in India’s consolidated squad.

With the two white ball series (T20Is and ODIs) slated before the marquee four-Test rubber, the selection committee under Sunil Joshi’s chairmanship is expected to pick a jumbo squad for all three formats when it meets later this week.

With two senior pacers Bhuvneshwar Kumar (thigh injury) and Ishant Sharma (side strain) all but ruled out, Navdeep Saini will certainly be the fourth pacer after Mohammed Shami, Jasprit Bumrah and Umesh Yadav.

The fifth pacer’s slot in Test matches may go to Siraj, who has done well in longer version for India A and his Ranji Trophy side.

Shardul Thakur, who can swing the new ball, will also jostle for that place. He had a nightmarish Test debut against West Indies when he suffered a muscle pull while bowling his very first over.

“Siraj has really done well for India A over the past few seasons. I think he is a better red ball bowler and could be very handy in Australian conditions,” former chairman of selectors MSK Prasad told PTI on Tuesday.

According to Prasad, the new selection committee could look at Shivam Mavi who he thinks has it in him to become an all-format bowler in near future.

“Mavi could be given exposure as an extra pacer at least in white ball and may be groomed later for red ball,” Prasad opined.

Shardul and his CSK teammate Deepak Chahar will certainly be a part of the white ball format side where Umesh Yadav is unlikely to find a place.

As far as wicketkeepers are concerned, there will be four in the squad.

KL Rahul will be the first choice in white ball cricket with Rishabh Pant (all formats) and Sanju Samson (only T20s) also joining him. Wriddhiman Saha, as usual, will be Pant’s understudy in the Tests.

Similarly, India have a chock-a-bloc opening slot with Rohit Sharma, Mayank Agarwal, Prithvi Shaw, Shubman Gill available for all formats. With Rahul and Shikhar Dhawan there for limited overs matches, India have six players capable of facing the new ball.

The middle order will largely depend on skipper Virat Kohli, Shreyas Iyer, Manish Pandey and Hardik Pandya (all white ball).

With Hardik not bowling, Shivam Dube could be the back-up all-rounder in white ball.

The spinners in limited overs could be Washington Sundar (only T20s), Yuzvendra Chahal, Kuldeep Yadav and Ravindra Jadeja.

Axar Patel’s performance may not go unnoticed. He is doing well in the ongoing IPL for the Delhi Capitals. In Tests, it will be R Ashwin, Jadeja and if required Kuldeep Yadav.

Hanuma Vihari, Cheteshwar Pujara and Ajinkya Rahane are Test specialists in the line-up.

As per the tentative schedule, the tour will open with limited overs matches in November while the Test series may begin from mid-December. 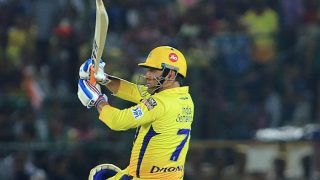 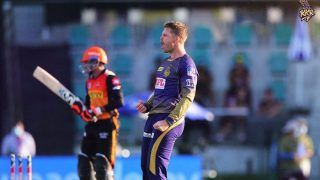