Statistical highlights on the third day of the second cricket Test between India and Australia at Hyderabad on Monday. 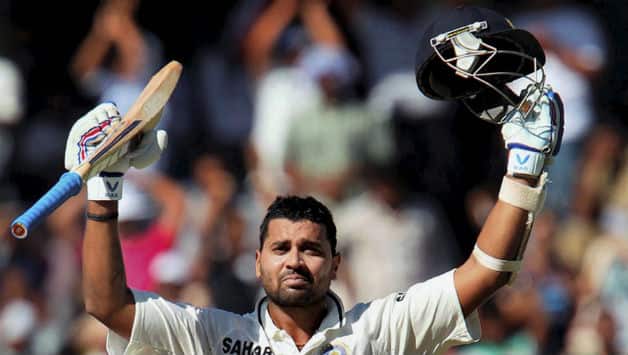 Statistical highlights on the third day of the second cricket Test between India and Australia at Hyderabad on Monday.

# For the first time, a total of 500 or more at Uppal has been recorded.

# Cheteshwar Pujara became the first Indian batsman to post a double hundred in Tests at Uppal. He enjoys an impressive record at this venue, averaging 181.50 at Uppal, his runs’ tally being 363 in two innings.

# Pujara (204) has recorded his second double hundred in Tests – his first was an unbeaten 206 against England at Ahmedabad in November 2012. He became the second Indian player after Vinod Kambli to register two double hundreds in first eleven Tests

# Pujara has become the seventh Indian player to post a double hundred against Australia. He has joined Sachin Tendulkar, VVS Laxman, Ravi Shastri, Rahul Dravid, Gautam Gambhir and Mahendra Singh Dhoni. Laxman and Tendulkar has two double hundreds each to their credit vs Australia.

# Pujara and Vijay were associated in a partnership of 370 – India’s highest second-wicket partnership in Tests, bettering an unbroken 344 between Dilip Vengsarkar and Sunil Gavaskar against the West Indies at Kolkata in December 1978.

# The above stand is India’s fourth highest by any pair in Tests – the highest being 413 for the first wicket between Vinoo Mankad and Pankaj Roy against New Zealand at Chepauk, Chennai in 1955-56;

# Maxwell has recorded an economy rate of 4.88 – the second highest by a bowler on debut for Australia in Tests, behind the 4.90 by Jason Krejza in the first innings against India in the 2008-09 Nagpur Test.