India vs Australia: Wasim Jaffer Takes Cheeky Dig at Michael Vaughan on His Early Prediction With Gangs of

Michael Vaughan after the first ODI on 27th November took to Twitter and wrote: "Early call ... I think Australia will beat India this tour in all formats convincingly ...." 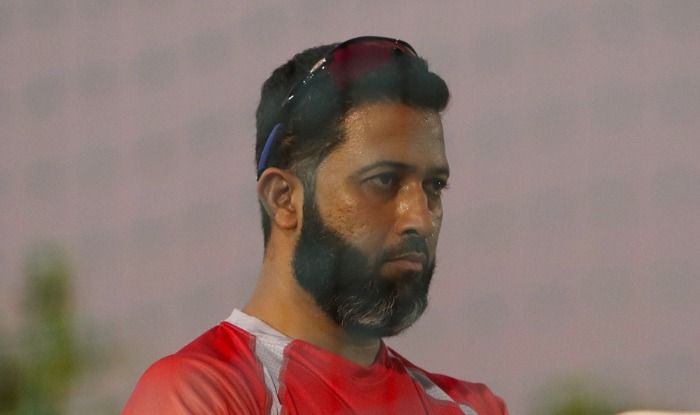 Former India player Wasim Jaffer took a cheeky dig on Michael Vaughan, on his earlier prediction, where he claimed that Australia will beat India in all three formats in the ongoing tour. Interestingly, Team India registered a fine victory over Australia in the second T20I at Sydney Cricket Ground, to seal the series 2-0, with one match remaining.

Michael Vaughan after the first ODI on 27th November took to Twitter and wrote: “Early call … I think Australia will beat India this tour in all formats convincingly … #AUSvIND.”

Jaffer on Sunday, after India’s T20I series-win, replied to Vaughan’s claim on Twitter with a Bollywood movie’s Gangs of Wasseypur Meme.

Shikhar Dhawan’s 52 and captain Virat Kohli’s 40 along with a 22-ball 30 from K.L. Rahul helped India bring the equation down to 14 runs needed off the last over in their chase of a target of 195. Pandya, who had back-to-back fours in the second last over bowled by Andrew Tye, was on strike against Daniel Sams and took two runs off the first ball. He then hit the second ball wide of long-on and cleared the boundary.

After the win, Man of the Match, Pandya talked about the difference in playing for India and for the franchise in a tournament like IPL.

“We all have played cricket. I have always felt that in franchise cricket you have to step it up, it is a professional sport, people take that cricket as professionals. Here, the love of the country always comes, you feel the pressure of the people,” said Pandya at the post-match media interaction.

“People (Indian players) have done so well in the Indian Premier League, they have taken the confidence (to Australia). For me as well, I felt that throughout the IPL, I was batting well. For me, my biggest goal during lockdown was that I wanted to focus on one thing i.e. performing when it mattered the most and finishing the match,” he added. 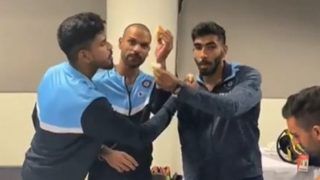 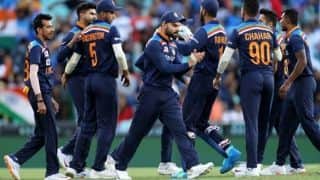