On a bouncy Gabba surface for the first T20I, the hosts have marked out their man who is ranked No 2 in the format.

Australian quick Nathan Coulter-Nile has stated that he and fellow pace bowler Jason Behrendorff will not hesitate to test India opener Rohit Sharma with the short ball as the T20I series gets going in Brisbane on Wednesday.

Coulter-Nile is part of a four-man pace attack featuring Behrendorff, Andrew Tye and Billy Stanlake, with the brisk medium-pace of Marcus Stoinis to follow, and on a bouncy Gabba surface the hosts have marked out their man.

“[Rohit] is an unbelievable player, he’s got a good record all round the world, so he’s definitely a player to watch but we’ve also had success with the new ball as well,” the 31-year-old told reporters on Monday. “I think Dorff got him out the last time we played him, hit him on the pad, so we’ll look to do that again early. Big square boundaries here, so we might test him a little bit, he’s a good puller of the ball but he is compulsive as well so we’ll try to get him out there.

Coulter-Nile s reference point was Australia s tour of India in October 2017 when they limited Rohit to 19 runs in two innings. Coulter-Nile bowled Rohit for 11 in the first T20I which India won by nine wickets and in the second, Behrendorff trapped him lbw for 9 in a low-scoring victory for the touring team.

“I think everyone knows [Behrendorff] is a fantastic option up front. He’ll swing it here, beautiful conditions today, so hopefully the same sort of conditions and we can hold our chances, because he’ll certainly create a few, said Coulter-Nile of his team-mate who claimed 4/21 in that second T20I in Guhawati in 2017.

Rohit, for his part, today spoke of how he and his batting team-mates had prepared to counter the bounce on offer in Australia. Speaking to reporters in Brisbane, the opener said that India will benefit from the fact that their core group have played in the county before and it gives the team advantage over the hosts, who have not been in the best of form.

Australia, ranked third in T20Is, have won nine of 16 T20Is this year, losing seven which includes a run of five defeats in six games – to Pakistan in the final of a tri-series in Zimbabwe followed by three to Pakistan in the UAE last month and now on Saturday to South Africa in a one-off. In 2018, India have won 13 of 16 T20Is and have a good record in T20Is in Australia – four wins and two losses, of which three came in a landmark sweep in 2016.

Rohit, 31, is ranked second in T20Is and this year has scored 560 runs at a strike-rate of 148.93 while leading India to the tri-series Nidahas Trophy and the Asia Cup in the absence of top-ranked Virat Kohli. He recently became the first batsman to score four T20I centuries, doing so when he smacked an unbeaten 111 off 61 balls versus West Indies. 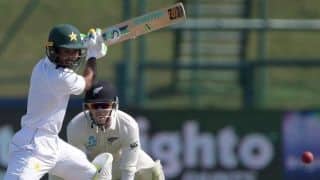 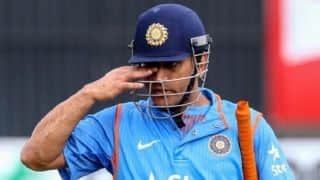