India vs Australia 2020: Nathan Lyon is working on a mystery delivery and is quite excited about it.

Offspinner Nathan Lyon has refused top divulge any information regarding the plans Australia bowlers have made to deal with a star-studded India batting line-up led by captain Virat Kohli. However, he did say that they have something exciting lined up.

The two teams are gearing up for a four-match Test series starting this week from Thursday. The first contest, a day-night affair, will be played at the Adelaide Oval.

“I am not going to reveal our bowling plans to the media for the Indians to read about, but we have a few things lined up which is very exciting. But I think there is a real vibe within the Australian team. So I think we are in a better place than we were two years ago,” Lyon told reporters on Monday.

Australia will be itching to exact revenge for the last time when India toured the country in 2018-19 and left with a historic 2-1 series win. Lyon, the most successful offspinner in Australia Test history, says that the defeat does act as a motivation.

Lyon is referring to the last tour when two of their premier batsmen in Steve Smith and David Warner missed the Test series as they were serving bans for their role in a ball-tampering scandal. With both back to playing international cricket and the emergence of Marnus Labuschagne, the hosts will present a much better challenge.

Lyon is working on a mystery delivery and is quite excited about it.

“Always working on it (my bowling). Working on one (mystery ball) the last night…getting a little bit feedback of the wicket here in Adelaide. I haven’t come up with a name. I am very excited. I am in the process. Hopefully we will have a name, probably just before the first Test,” Lyon said.

The 33-year-old has enjoyed bowling against India with 85 of his 395 Test wickets coming against them.

“I have always enjoyed playing against India, (who are) some of the best players in the world, especially playing spin. I have always said I want to challenge myself against best players of spin bowling, so for me this series is about me doing more role within the Australian cricket team,” he said.

“We have got a good bowling unit here, the best unit in the world in my eyes so we have to make sure we are doing our stuff and challenging Indians for a long period of time. It is not about personal success. I have had success against India, it is more about playing our role and looking to take 20 wickets in each Test match,” he added. 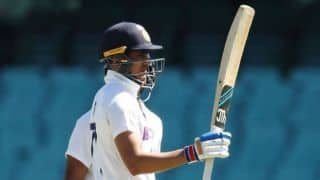 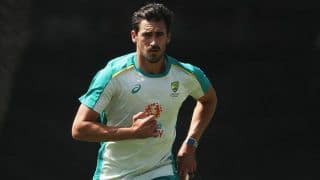