India will enter the contest against Bangladesh as favourites.

India will take on Bangladesh in Day One of the one-off Test at Fatullah. India will enter the match against their smaller neighbours as favourites. But given Bangladesh’s meteoric rise in recent times, they can’t be ruled out either. India will be led by the flamboyant Virat Kohli, while Bangladesh have Mushfiqur Rahim at the helm as Mashrafe Mortaza is unlikely to play.

Bangladesh will aim to make most of this opportunity, since they rarely get to play Test matches against oppositions like India and this will prove to be vital practice for a team looking to take the world by storm across formats In their most recent outing Bangladesh were beaten by Pakistan. India themselves come off a bad showing against Australia, but they usually perform a lot better in the sub continent.

Catch the live streaming of the first Test between Bangladesh and India on starsports.com, and the live telecast of the match on Star Sports 1, Star Sports 3 and Star Sports HD 1

Live Streaming is fast becoming one of the most popular media for enjoying live cricketing action, and its audience is fast catching with that of its television and radio counterparts. The latest mobile phones and tabs that are very handy, and can help people to follow live cricket matches on the internet. 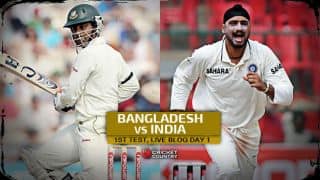 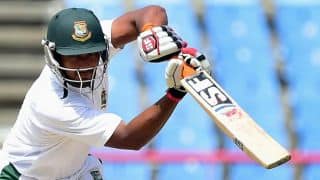