Murali feels there's no harm in picking Ravichandran Ashwin and Harbhajan in the same XI.

Kolkata: Hailing the return of Harbhajan Singh to team India after a two-year hiatus, cricket legend Muttiah Muralitharan has said the way forward for the Indian side in the one-off Test against Bangladesh is to play two off spinners.

The biggest surprise in the Bangladesh-bound squad for the only Test from June 10-14 at Fatullah was the inclusion of the most successful Indian off-spinner, who had last played a Test in 2013.

Murali feels there’s no harm in picking Ravichandran Ashwin and Harbhajan in the same XI.

“Ashwin has been keeping up with his consistency, and now you have Harbhajan back as well. I think he [Harbhajan] will have a good opportunity to play in Bangladesh because you can very well field two off-spinners in the playing XI.

“Harbhajan has been bowling really well, not just in IPL, but also otherwise. He has already proved himself by taking 400-plus [Test] wickets,” the 43-year-old said on the sidelines of CAB Vision 2020 camp, at the Jadavpur University second campus ground in Salt Lake yesterday.

Citing the example of him bowling in tandem with Kumar Dharmasena, he said: “If two off-spinners fall among the best bowlers in your side, you have every reason to field them.”

Muralitharan was also impressed with left-arm spin all-rounder Akshar Patel, who was part of the Indian World Cup squad in Australia and New Zealand.

“Akshar Patel has performed well in the last few series he played. He was impressive even in the IPL. I feel the Indian spinners have been doing a pretty decent job. They are not lagging behind in any aspect. Even in the IPL, where you have so many matches to play, you need to do well consistently.”

The Sri Lankan also praised the BCCI for bringing together Sourav Ganguly, Sachin Tendulkar and VVS Laxman for the advisory committee.

“Indian cricket will surely be better off now that they have been asked to play a significant role… They have served the country as well as the game for so many years, so they can certainly come up with some very good advice.” 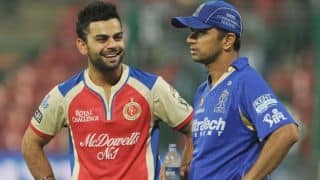