Bangladesh will visit India for a one-off Test at Eden Gardens in Kolkata.

Former India captain turned commentator Sourav Ganguly who is now the the President of the Cricket Association of Bengal, is set to get his name featured on the bilateral series trophy for India’s upcoming series against Bangladesh. as a legendary name inscribed on a trophy for an upcoming tournament. Bangladesh will be touring India for a one-off Test later in the month of September or October this year in what will be their first ever Test tour of the country. According to reports, some demands have been made to name the series after two retired captains from the two countries – Sourav Ganguly and Naimur Rahman Durjoy. ALSO READ: Bangladesh to tour India in 2016, signs four-series deal

Durjoy was Bangladesh’s first Test captain when they played against India on their Test debut in 2000. The Test was played at the Bangabandhu Stadium in Khulna, and Sourav Ganguly was the newly-elected captain of India.

India had won the match by 9 wickets after Bangladesh were all out for just 91 in the second innings in response to India’s 429 runs. But what was impressive about Durjoy was that he had taken 6 wickets in the first innings for his side. The happiness was short lived as his Test career lasted for only eight Test matches over three seasons before he was removed from captaincy in 2001 and from the team in 2002.

Meanwhile, the 2016 match will be also be played at Ganguly’s home ground Eden Gardens in Kolkata and could be a good way to improve cricketing relations between India and Bangladesh.

Also, BCB President Nazmul Hasan had said after the 2016 Test against India had been confirmed, “We will play more cricket now against big teams, and if we win or draw against them, then our ranking will rise.” 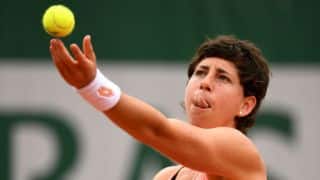