After battling smog and unhealthy air quality in Delhi, India and Bangladesh players might have to encounter another natural phenomenon during the second T20I of the three-match series in Rajkot on Thursday. If the reports of the Indian Meteorological Department (IMD) are to be believed, the second game might get cancelled due to a cyclone alert in Gujarat.

The extremely severe cyclonic storm “Maha” is currently hovering over the north-central Arabian Sea and is expected to move slightly westward before curving back towards India. Cyclone Maha is expected to hit shores of Gujarat on November 6 and cause “heavy rains” in the state on the day of the match – November 7.

“The storm will cause heavy to very heavy rains in Saurashtra [the region of which Rajkot is a part] and south Gujarat on November 6-7. It is moving towards Oman but will recurve towards Gujarat coast on Monday,” he added.

And now, with a game in Rajkot ahead, news of a cyclone on the West coast on Nov 06/07 with a danger alert issued to fishermen on the Saurashtra coast. Hope it isn’t dangerous for the people living there. The weather has been most unpredictable this year.

Talking about the first T20I, Bangladesh stunned the hosts by seven wickets to record their maiden win in T20I history. Courtesy the win, Bangladesh took the 1-0 lead in the three-match rubber. Mushfiqur Rahim slammed an unbeaten half-century to script a memorable win for the touring side. 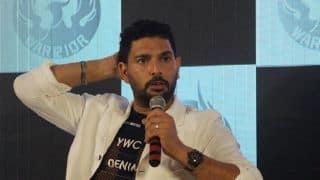