India vs Bangladesh 2019: India Dominate Bangladesh On Day One of Indore Test

India vs Bangladesh 2019: India Dominate Bangladesh On Day One of Indore Test

After bowling out Bangladesh for 150, India were 86/1 at stumps on the first day of the first Test. 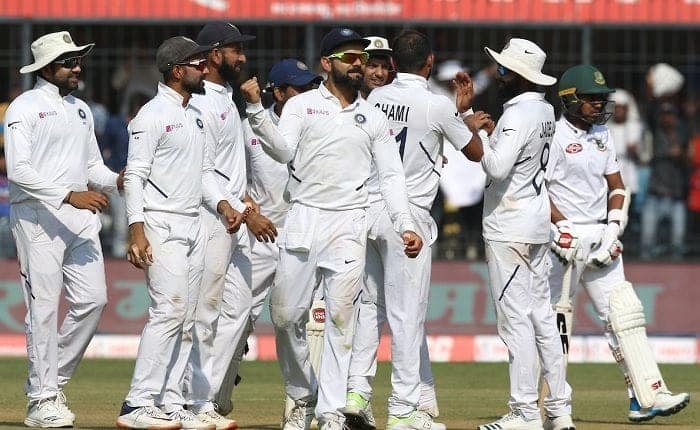 Bowlers came to the party before Cheteshwar Pujara and Mayank Agarwal consolidated India’s position as the Virat Kohli-led hosts flattened Bangladesh on the first day of the first Test at the in Indore on Thursday.

While Ishant Sharma, R Ashwin and Umesh Yadav scalped two wickets each, Mohammed Shami was the pick of the bowlers and picked up three wickets as India, bowling first, bundled out Bangladesh for a paltry total of 150.

Bangladesh skipper Mominul Haque won the toss and elected to bat on a pitch that Kohli termed “spicy” for the pacers. Bangladesh’s decision backfired as Umesh and Ishant tested the openers – Shadman Islam and Imrul Kayes -before dismissing them in the successive overs.

Shami then gave India their third wicket before lunch as he trapped Mohammad Mithun before the wickets for 13. Skipper Haque and Mushfiqur Rahim then added 68 runs together, riding their luck as India dropped a number of catches.

However, R Ashwin broke the stand as he disturbed the timber to remove the left-hander for 37. Mahmudullah was the next man to get out as Ashwin scalped his second wicket of the innings.

While Bangladesh were five down till the two balls before tea, Shami’s brilliance with the ball reduced them to 140/7 at the break. Indian pacer first dismissed Rahim with a cracker of delivery and then got Mehidy Hasan out LBW on the next delivery. The last wickets could only add 10 runs as Bangladesh were bowled out for 150.

Although India lost Rohit Sharma early, Pujara and Agarwal, who was dropped at the close of play, denied Bangladesh any more success before stumps. The two stitched an unbeaten 72-run stand. While Agarwal remained not out on 37, Pujara, who scored at a brisk pace, was unbeaten on 43 at stumps. 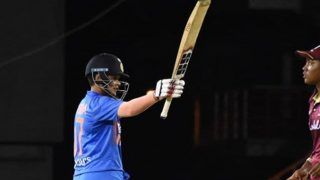 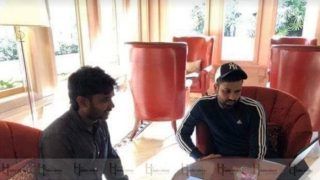