India Vs Bangladesh 2017 Test, Day 5 Preview: Tourists middle-order will have to bat carefully to prevent an Indian victory.

India will hope for a much-improved performance with the ball resulting in an early finish to their one-off Test against Bangladesh, which has spilled into the fifth day owing to a docile wicket at the Rajiv Gandhi International Stadium in Hyderabad. Chasing a mammoth target of 459 to win, Bangladesh stumbled to 103 for 3 losing a couple of quick wickets in the final session. Shakib Al Hasan and Mahmudullah did well to keep India at bay towards the finish on Day Four, but they will have to bat out of their skins to ensure Bangladesh do not succumb to their third consecutive Test defeat. Live cricket score: India vs Bangladesh Test

Interestingly, for the first time in the game, India s ace spinner Ravichandran Ashwin seems to be getting into the act. Ashwin has already snaffled 2 out of the 3 wickets that Bangladesh have lost, and the pitch is assisting turn more than it did on the previous days. Ravindra Jadeja has also bagged a crucial wicket in form of Soumya Sarkar, signalling that the Indian spinners have a huge role to play on the fifth and final day of a Test wherein batsmen have made merry so far. The wicket at Hyderabad is still helpful for the batsman provided they apply themselves and watch the ball closely.

India need another 7 wickets to win, which will not be a easy task given that batsmen, even those with ordinary techniques, have been able to spend time in the middle. Irrespective of how the wicket has behaved and how the visitors batted in their first innings, the Bangladeshis will find themselves under pressure having lost two of their previous Tests towards the ending stages of the contest despite competing well in for the majority of the time.

The fourth day belonged completely to India, despite Bangladesh having their moments to cheer. India began the fourth day with the seam bowling pair of Bhuvneshwar Kumar and Umesh Yadav, with the former providing the first breakthrough. Mehedi Hasan and Mushfiqur Rahim had kept India at bay throughout the final session on Day Three. But on Day Four morning, Bhuvneshwar produced an unplayable delivery that swung into Mehedi and dismantled his wstumps.

Rahim marched on as Bangladesh looked to prolong their first innings. Rahim got to his fifth Test century his second against India on the 235th ball that he faced. Rahim s century made him the first Bangladeshi to score two centuries in Test cricket against India.

Bangladesh were bowled out for 388 a little before the lunch break, and after facing one over, India s lead had already surged to 300. India resumed in an aggressive mode in the second session, and hammered runs at ease. Despite losing their openers Murali Vijay (7) and KL Rahul (10) for cheap, India looked for quick runs and once again Virat Kohli came to the rescue.

Kohli added 67 runs for the third wicket along with Cheteshwar Pujara. The two batsmen punished the Bangladeshi bowlers who waited for India s declaration, rather than putting the hosts in trouble with tight bowling. Pujara was the top scorer in the Indian innings, hitting 6 boundaries and 1 six to score 54 not out off 58 balls.

India s aim on the fifth day will be to start exerting pressure on Bangladesh right from the beginning, and not let the visitors settle down as the wicket still remains good for batting. Bangladesh, on the other hand, will draw a lot of confidence from their performance in the first innings with the bat, as they fought right till the end.

Rahim will remain key to Bangladesh s hopes as he batted with a lot of ease against the Indian bowlers. Rahim scored runs on both the sides of the wickets, bringing out the sweep shot occasionally and also going for the big shots when there were opportunities. Bangladesh will also be concerned with the form of Mahmudullah, who is going through a rough patch. 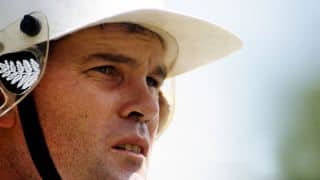 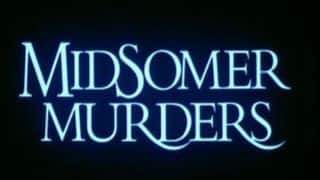