ICC President Mustafa Kamal said that he would take the issue up with the cricket administrators immediately.

International Cricket Council (ICC) President Mustafa Kamal expressed unhappiness over the umpiring standards in the ICC Cricket World Cup 2015 quarter-final between India and Bangladesh at the Melbourne Cricket Ground (MCG) on Thursday, threatening to resign from the the ICC over the decisions that he alleged to be a major factor in India’s crushing 109-run win over Bangladesh. Read: India vs Bangladesh ICC World Cup 2015 Highlights

According to a report by The Daily Star, Kamal, who is the first ever Bangladeshi to be elected to the post, threatened to resign from the ICC if the decisions were not reversed. The ICC chief made his comments while speaking to the television channels in Australia. ICC Cricket World Cup 2015: SCHEDULE & MATCH DETAILS

The umpiring errors also met with protests in the Bangladeshi capital of Dhaka after the conclusion of the match, with protesters burning effigies of Aleem Dar and Ian Gould, the ICC umpires involved in the controversial decisions. The fans also vented their unhappiness on the social media, especially Facebook and Twitter. ICC Cricket World Cup 2015: Complete Coverage

India thumped Bangladesh by 109 runs in the second quarter-final of the ongoing mega-event, scoring 302 for six before dismissing Bangladesh for 193. Rohit Sharma top-scored for India with a 126-ball 137. He was however, controversially adjudged not out by the umpires after the Rubel Hossain full-toss that Rohit struck towards square-leg was ruled a no-ball, with the replays apparently showing the ball to be within the waistline limit.  Top 10 batsmen in ICC Cricket World Cup 2015 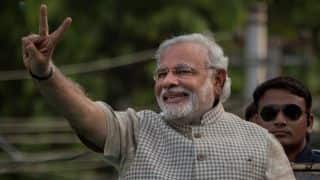