Imrul Kayes is working hard to get fit in time for Bangladesh's one-off Test against India in February in Hyderabad.

Dhaka: Left-handed batsman Imrul Kayes is working hard to get fit in time for Bangladesh‘s one-off Test against India in February in Hyderabad. The opener stood as wicketkeeper in place of injured Mushfiqur Rahim in the first Test against New Zealand in Wellington and then opened the Bangladesh innings, reports bdnews24.com. Going for a quick run in the second innings, the 29-year-old batsman pulled a muscle on his left thigh which was later diagnosed as a small tear. On Sunday, Imrul jogged for some time after cycling at the National Cricket Academy in Mirpur. “The pain has lessened. I cycled and ran a bit, but felt no pain. I also had a chat with the doctors. The game begins from ninth [next month]. I think I will be fit before the match begins,” he said after training.

Imrul will give the fitness test with his team-mates on Tuesday. He said his trip to India depends on the report from the physio. “Obviously, every players looks forward to a series like this, because we don’t play much there. Everyone wants a golden opportunity like this. We are all very excited with this series. “My going to India depends on me and the physio. If he gives good news, then maybe [I’ll go]. If I’m not selected, it’s a different matter. But if physio gives the green light, everything will be fine,” Imrul said. FULL CRICKET SCORECARD: India vs Bangladesh, One-off Test at Hyderabad

In their first visit to India for a bilateral series after getting Test status in 2000, Bangladesh will play a two-day warm-up match against India A from February 5. Although he is in the Test squad, Imrul is less likely to feature in the only practice game. “Whether I will play in the warm-up match also depends on the physio. I he gives the nod, I will play. There are still four-five days in hand.”

“If I keep practicing these days, I think, something good will happen. I will continue grow fitter.” Bangladesh Cricket Board’s (BCB) chief physician Debashish Chowdhury sent out a warning on Saturday that if Imrul did not fully recover, he might be ruled out from the forthcoming Sri Lanka tour. 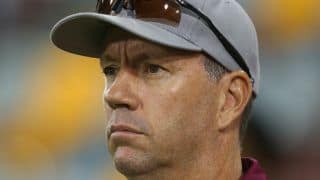 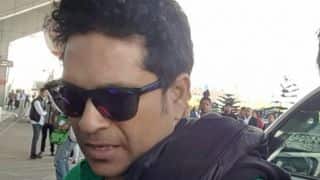