India vs CA XI: Sydney rainfall washes out day one of tour game

India vs CA XI: Sydney rainfall washes out day one of tour game

Sydney was hit by torrential rain with the MET department terming it the worst November storm for three decades.

Day one of India s only four-day tour game ahead of the first Test against Australia in Adelaide on December 6 has expectedly been washed out, with rain in Sydney not allowing a ball to be bowled at the SCG on Wednesday.

So bad was the rain that Virat Kohli’s team did not even venture out of the hotel to make the trip to the SCG.

ALSO READ: If T20Is are any indicator, India right at home in Australia

Rain was forecast before the start of India s match with a Cricket Australia XI, with Sydney set to get up to 50mm of rainfall over a two-day period to dampen the chances of a full game. As it panned out, the city was hit by torrential rain with the MET department terming it the worst November storm for three decades. The Sky News Weather channel reported there is worse to come on Wednesday as ferocious 90kmh winds team up with driving rain across Sydney.

There was a brief stoppage in rain at 1pm local time, which allowed the SCG ground staff to try and get the pitch and outfield ready. However, play was called off at 3:30pm. The match officials have added a 30-minute extension for the remaining three days, but with more rain forecast in the first half of Thursday the chances of play are slim.

A day one washout has robbed India at least one day of valuable practice ahead of the first Test. An extra day was added to this fixture with a CA XI after the BCCI requested Cricket Australia for more preparation ahead of the Test series.

Five members of India s Test squad featured for India A in New Zealand this month Ajinkya Rahane, Murali Vijay, Prithvi Shaw, Hanuma Vihari and Parthiv Patel linked up with the main squad in Australia in Sydney last week, while the other specialists in Cheteshwar Pujara, R Ashwin, Ravindra Jadeja, Ishant Sharma and Mohammed Shami landed from India on Sunday.

The BCCI sent batting coach Sanjay Bangar to join them earlier than scheduled in a bid to help them acclimatise to the conditions. The five players who flew across from New Zealand practiced five days in Sydney last week. 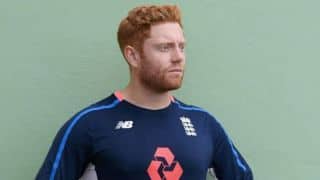 Sarfraz Ahmed’s workload as captain across formats not a concern: Mickey Arthur