For skipper Virat Kohli, the primary aim will be to get an idea of his core group of players going into the ICC T20 World Cup in October. 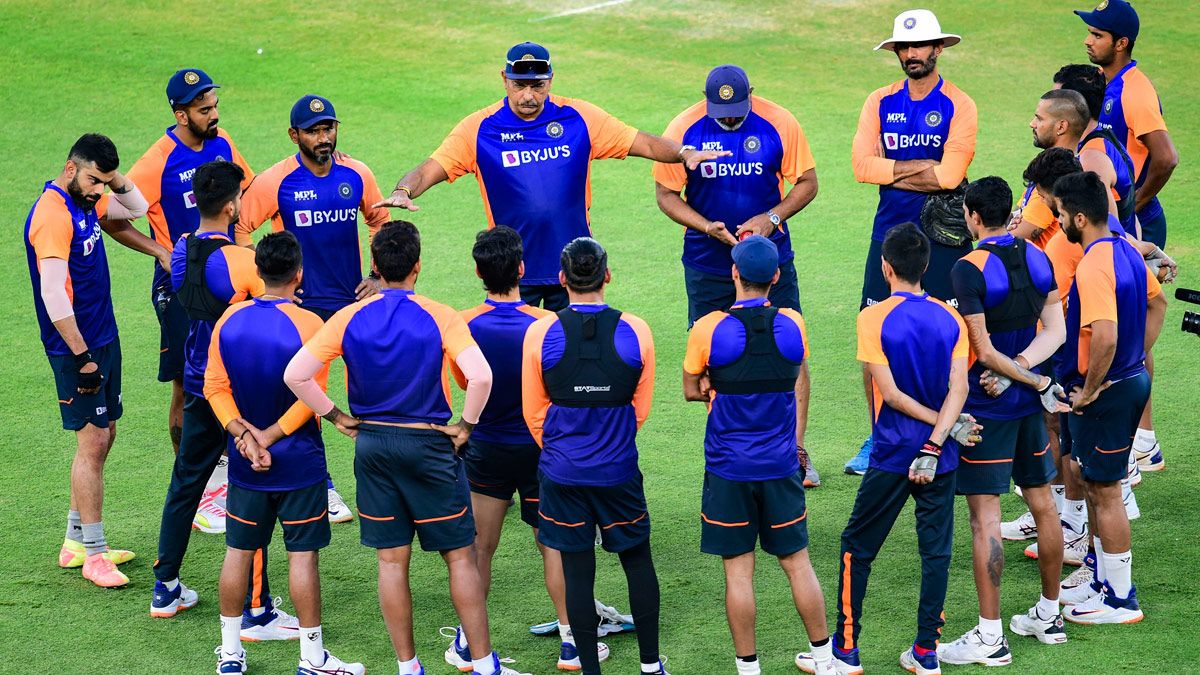 Ahmedabad: After sealing their place in the final of the World Test Championship, India start their preparations for the ICC Men’s T20 World Cup set to be played later this year as they kickstart a five-match T20I series against England from Friday. Captain Virat Kohli will use the five matches as a platform to begin identifying the most potent combination for the showpiece event expected to be held in October-November in India.

India couldn’t have hoped for a better opposition than a world-class English white-ball side under Eoin Morgan, ready to be way more challenging on flatter tracks which promise a run-feast. “This is a fantastic opportunity for us to play in conditions where we will be playing the World Cup,” England’s explosive batsman-keeper Jos Buttler had recently said, shrugging off the debacle that was the Test series.

For Indian vice-captain Rohit Sharma, it’s all about focussing on the present.

“If we focus on the present, the future will take care of itself. It’s a long series and it’s important to see where we stand as a team and individual,” Rohit said.

While there are more advantages of having multiple options, fashionably described as a “happy headache” for any captain, there are a few pitfalls that come with such a situation. The Indian team understands this fully well, having burnt its hands during the 2019 World Cup.

It was one event where till last moment, they didn’t have a settled number four.

However on the eve of the first T20 International, skipper Virat Kohli made it clear that his deputy Rohit Sharma and the flamboyant KL Rahul will be the settled first choice opening combination going into the World T20 with Shikhar Dhawan being in the reserves.

“If Rohit plays, then it’s simple. KL (Rahul) and Rohit have been performing consistently at the top of the order for us and those two will start,” Kohli was unambiguous in his reply that the seasoned Shikhar Dhawan will have to wait.

“In a situation, Rohit takes rest and KL has a niggle or something, Shikhi (Dhawan’s nickname in team) obviously comes in as the third opener but the starting composition, Rohit and Rahul will be the ones who will start.”

While Suryakumar Yadav is a sentimental favourite for many after last year’s IPL and his subsequent non selection for the Australia tour, fellow Mumbaikar Shreyas Iyer looks a likely starter at least in the first couple of games in that middle-order slot at No 4 or 5 depending upon the match situation.

The Motera track will certainly be a flat deck, suiting the needs of the shortest format and with a lot of batting firepower in both sides, the Ahmedabad skyline could witness a lot of fireworks from both ends.

Whether it’s vice-captain Rohit, the indomitable duo of Rishabh Pant and Hardik Pandya for the hosts or captain Morgan, Ben Stokes, Jos Buttler, Dawid Malan and Jason Roy at the other end, the kookaburra white might find itself in the stands more often than not.

With the unavailability of Thangarasu Natarajan in the bowling department, Bhuvneshwar Kumar will be back leading the attack along side another senior Yuzvendra Chahal for company.

With England’s weakness against slow bowlers’ well-documented in these conditions, Chahal could have both Washington Sundar and Axar Patel for company which leaves Shardul Thakur, Deepak Chahar and Navdeep Saini in a three-way battle.

For England, the white ball format presents them with multi-skilled cricketers like Stokes, Sam Curran and IPL auction sensation Moeen Ali for starters, who can change the complexion of any game in either departments.

Throw in specialists like pacers Jofra Archer, Mark Wood, Chris Jordan and wrist spinner Adil Rashid, it will be a contest where India can never be termed firm favourites.

The next week and half would be an indication as to which direction the teams are headed in terms of preparations for the marquee event later this year. 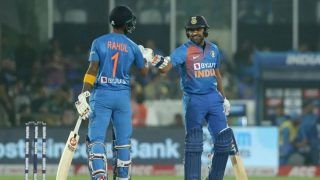 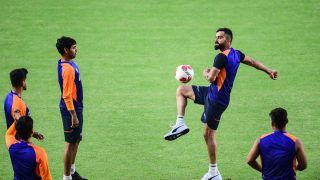 Watch India vs England 2021 Live Cricket Streaming 1st T20I: When And Where to Stream IND vs ENG Live Cricket Match on TV, App And Online