What if Sam Curran had stood his ground?

It seemed to be one of those innocuous dismissals that television commentators refer to as “soft”. Ravichandran Ashwin bowled a long hop towards the end of Day One of the first Test between India and England at Edgbaston. However, the ball bounced more than Ben Stokes had anticipated, and all he could do was lob it back to Ashwin, who ran to his left to complete the catch. Stokes hung his head in despair for a few seconds before walking back.

There was, however, a catch, as former Australian cricketer Marcus North pointed out on Twitter: Sam Curran, the non-striker, had actually moved away to allow Ashwin to complete the catch:

Just seen Stokes dismissal for the first time…why didn’t S.Curran stand his ground at the non strikers!? Instead he moved out of the way to give Ashwin a clear right of way to catch the ball.

Of course, North had a point. Had Curran stood his ground, Ashwin would have collided into Curran, and the catch would, in all probability, not have been taken. North found support in Michael Atherton.

Absolutely. Should have stood his ground

Dean Jones, however, raised a pertinent question: would Curran been out obstructing the field had he tried to return to the crease?

The non striker always must hold his ground… but if he makes one movement towards the bowler.. then it s deemed as obstruction.. then the question is .. which batsman is out? https://t.co/PTA74P0vSg

What do the laws say? Here is Law 37.1.1, quoted in verbatim: “37.1.1 Either batsman is out Obstructing the field if, except in the circumstances of 37.2, and while the ball is in play, he/she wilfully attempts to obstruct or distract the fielding side by word or action. See also Law 34 (Hit the ball twice).”

Jason Roy (in 2015) and Anuja Patil (earlier this year) were both out obstructing the field while trying to prevent the opposition from running him/her out. However, this was different: had Curran tried to get back he would have done only what he was supposed to do make his ground.

The laws, unfortunately, have little clarity on that. 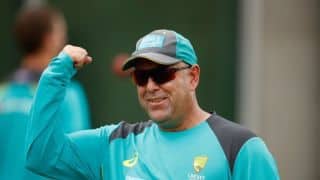 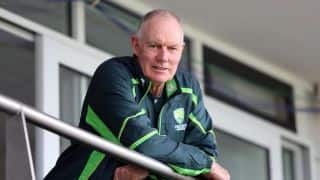