Moeen Ali was removed off a beautiful in-swinger from Mohammed Shami but Ben Stokes carried on after the former got out and will eye a big score against the struggling Indians.

England‘s all-rounder, Ben Stokes, hammered his eighth Test half-century in first session of Day Two against India at Rajkot. From 311 for 4 at stumps on Day One, England lost Moeen Ali after the left-hander struck a well-set fourth Test ton. He was removed off a beautiful in-swinger from Mohammed Shami but Stokes carried on after the former got out and will eye a big score against the struggling Indians. England are 400 for 5 in 112 overs till the time of publishing this report and will easily cross 500 until and unless they crumble later on in the innings. Live Cricket Scorecard: India vs England 1st Test at Rajkot

Stokes came to the middle in the last session of Day One after Joe Root, out for 124, got dismissed by Umesh Yadav. He stuck his end without doing anything silly and did not allow the momentum to shift India’s side after Root’s dismissal. Stokes, known as an aggressive batsman, was solid in his defense and picked up the bad balls with ease. He has carried on in the same stead this morning and blasted few maximums enroute his fifty. Stokes is being accompanied by Jonny Bairstow as England are marching forward in the first Test on a batting friendly track. Live Cricket Updates, India vs England, 1st Test, Rajkot

India lost the toss and dropped catches on Day One to give early momentum to England and ever since then have been playing the second fiddle to England in the Test match. Root and Moeen struck a fluent 179-run stand to give Day One honours to England and now they are in a solid position to turn the tides against the hosts in the opening Test of the five-match series.

Any total in excess of 500 will put India on the mat as they will have to bat fourth with the pitch expected to produce cracks and make it difficult for batsmen. India will have to spring a collapse anyhow and keep themselves in the hunt. 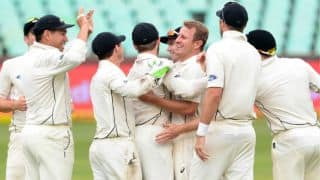 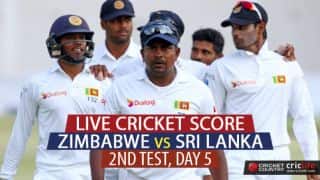