Murali Vijay and Cheteshwar Pujara have given a solid platform to the rest of the Indian batting line-up for Day 4.

Day Four of the first Test between India and England will again be a litmus test for the hosts after a solid platform given by centurions Murali Vijay and Cheteshwar Pujara. India added 256 runs and lost only four wickets in process to make England work hard for runs. At stumps on Day Three, India piled up 319 runs for the loss of four wickets with skipper Virat Kohli at the crease. India still trail England by 218 runs and will look to get the monkey of lead off their back on Day Four and then set the tone of the match. With the pitch expected to turn a bit from now on, India will like to get close to England’s 537 and challenge the visitors. There is still much action left in the game so there might be a bit of surprise in store for both the sides on final two days. Live Cricket Scorecard: India vs England 1st Test at Rajkot.

India will look to further consolidate their position from Day Four with skipper and his deputy to take strides. Skipper Kohli and Ajinkya Rahane will start the proceedings to further jeopardise the hopes of English bowlers who barely managed to grasp wickets on Day Three. The hosts’ first aim will be curb the difference of runs from England and attack from there on. Whether or not, both sides can force a result in the game shall be clear tomorrow.

Earlier on Day Three Gautam Gambhir fell on the first ball of the second over bowled by Stuart Broad. Gambhir got himself tangled in an awkward position in front of the stumps and was adjudged lbw for 29. The batsman knew it he was out and decided not to review it. There on, it was all Vijay-Pujara show till the post tea session, where both the batsmen got to their hundreds.

Pujara was in sublime touch. The local boy continued from where he had left in Indore and brought up his consecutive hundred. His scores in fact in last four Tests at home now read, 62, 78, 87, 4, 41, 101 not out and 124 in this game. He was in full flow today except for a brief period, where he was disturbed by the barrage of short-pitched stuff by Chris Woakes and hit on his helmet thrice. But Pujara dealt with the rest of the bowlers quite well. He was extremely adept against spinners and displayed terrific footwork. ALSO READ: India vs England, 1st Test: Murali Vijay, Cheteshwar Pujara hit hundreds; make it hosts daY

While Pujara dealt in boundaries, Vijay stuck to his end displaying no signs of throwing his wicket. Vijay balsted Zafar Ansari for two huge sixes but was not as dominating as Pujara. Vijay’s only rash shot came when he drove a Broad delivery to gave a catch to Haseeb Hameed as he missed sitter. Hameed did not look ready and gave a reprieve to Vijay.

The English bowlers did slow things down in the overs after lunch but still could not find a wicket. In the 71st over, Ansari bowled an arm-bowl which was missed by Pujara and was given out. Pujara was in no mood to walk back so early, especially before getting to the magical three-figure mark, as he reviewed instantly and to India and his delight, the decision turned in hosts favour. What followed was a pleasing response by his wife, who almost danced to see the decision get overturn, and his father-cum-coach Arvind, who was happy to see his ward’s success.

India went at tea with both Pujara and Vijay on the brink of their hundreds. Immediately after tea, Pujara got to his 9th Test ton while Vijay also brought in his 7th Test ton. Though he hit a few sixes, Pujara looked the aggressor among the two. His knock was a stroke-filled one, with odd balls being duly hit towards the boundary line. He did manage to entertain the fans who had come to see one of their favourite son play.

Pujara was finally dismissed by Ben Stokes, by skipper Alastair Cook taking a catch in slips. Vijay kept going before departing for 126. The onus again shifts to India’s mainstays, Kohli and Rahane, as they will have to start afresh and take India to a position from where they cannot lose. Lots still to be done for India but they should be satisfied with the way they made England toil hard for wickets and did not falter completely, courtesy Pujara-Vijay. If England do not get their act together on the fourth day as well, they will be in for a long day on the field. 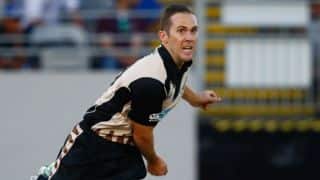 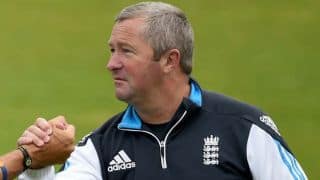