Binny is making his debut in the first Test match played between India and England at Trent Bridge.

Stuart Binny is currently trending on Twitter. Binny, who has made his Test debut in the ongoing Test match between India and England at Trent  Bridge, failed to make any impact as a batsman scoring just one run of 12 deliveries. With the ball too, Binny has not been given opportunities bowling just 10 out of the 140 overs India have bowled till now. This decision by MS Dhoni is baffling because Binny was included in the side because India wanted to play with five bowlers.

The Indian bowlers had done well in the game, reducing England to 202 for seven but Joe Root along with Stuart Broad and James Anderson played some gritty cricket to get England to 485 for nine at Lunch on Day 4 of the Test match.

The search party has done its job. Stuart Binny has been found and is now bowling!

Here are a few more Twitter reactions to Binny not being given opportunities to bowl.

Get off Stuart Binny’s back you all. He’s had a heavier workload than the usual 4 overs in an IPL match.

Just wondering if Stuart binny is playing as a batting or bowling all rounder, Or he is just there for some paranormal reasons!!

Six overs bowled, no wickets, one run for Stuart Binny so far. India would have been better off with Stuart Little. #ENGvIND

Stuart Binny’s selection in test team gives me hope. Hope of getting casted alongside Leonardo Dicaprio in a Christopher Nolan film. 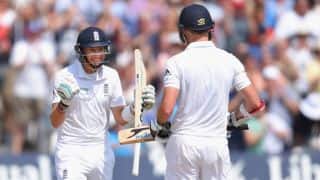 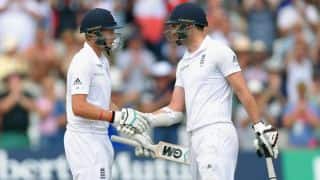