The Indian think-tank received some flak for picking Rahul over Pujara; Azhar explained why it was the right decision.

Eyebrows were raised when India preferred Shikhar Dhawan, Murali Vijay, and KL Rahul, thus leaving out Cheteshwar Pujara, for the first Test against England, at Edgbaston, Birmingham. India suffered a mini-collapse against Sam Curran after Dhawan and Vijay added 50 for the opening stand. Rahul, batting at No. 3 — the position typically allotted to Pujara — edged the first ball he faced past the slip cordon for four and chopped the next ball on to the stumps.

While this led to criticism of Virat Kohli from some corners, Mohammad Azharuddin came out in support of Rahul’s selection. Speaking in a Karnataka Premier League event, Azhar said: “I think the team went by current form. Pujara went early to England and has not been among the runs. That can happen. Pujara has struggled playing abroad and Rahul has done very well in patches. Once Rahul shows that consistency, he will play for a long time. He has a golden opportunity to cement his spot in the team.”

Pujara has played six matches for Yorkshire this season, scoring 172 runs at a mere 14.33 without a single fifty. In Test cricket he averages 27.31 outside the subcontinent, which is way less than his 3,575 runs at 65 on Asian soil.

When asked about why the Indian batsmen (barring Kohli) did not get going in the first innings at Edgbaston, Azhar laid emphasis on adaptability: “Most of the teams these days struggle when the ball is moving, because we’re used to playing in good batting wickets in the shorter formats. England also struggled on Wednesday. When the ball moves, we struggle because we don’t play on those wickets consistently. We need to play there and only then will improve. When you play at a professional level, you have to adapt. You are expected to do that.” 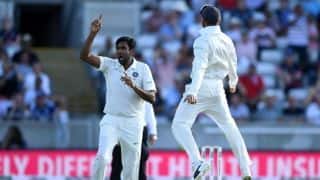 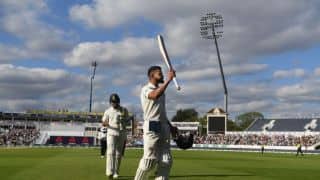