Kohli's much-hyped participation in English County Championship was ruled out due to a neck injury, but he passed a fitness test in June to be available for the entire tour of the United Kingdom.

Former Australian international Michael Hussey feels that playing in the County Championship as preparation for the England tour would have helped Indian skipper Virat Kohli.

It s just a shame he picked up that injury and couldn t go early to play county. It would have helped him a lot, Hussey told The Times of India.

Earlier in May, Kohli’s much-hyped participation in English County Championship was ruled out due to a neck injury, but he passed a fitness test in June to be available for the entire tour of the United Kingdom.

Kohli s meticulous planning for the 2018 tour was because of his horrid run in the previous, 2014, tour in which he managed only 134 runs in ten innings. However, Hussey believes Kohli would be better prepared this time around even without the county stint.

While all the talks in the England camp has been about the surprise inclusion of leg spinner Adil Rashid and how spinners could play a big role owing to the heatwave in England, Hussey reckoned James Anderson and Stuart Broad are champion players even if they are not in their prime and writing them off would be a mistake.

You underestimate them at your own peril. They have been champion bowlers for a long time. Never ever write off champion players. I have seen it happen many times before. People have written of great players, but they have always come back, said Hussey, who is currently with TNPL (Tamil Nadu Premier League) as a commentator.

Hussey also backed his former Chennai Super King running mate R Ashwin for the Tests stating that the off spinner should be picked ahead of the wrist spin sensation Kuldeep Yadav.

Personally, I don t think Kuldeep should play at the expense of R Ashwin. I think Ashwin deserves his place in the team as he has been a brilliant Test match bowler for a long period of time. He has over 300 Test wickets plus England have many left-handers and Ashwin can play a big role, he added. 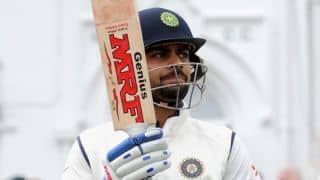 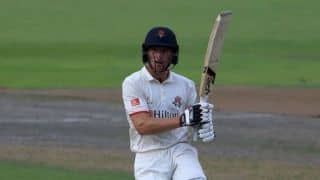