Joe Root scored his fourth test hundred as England’s last wicket pair of James Anderson and Root continue to frustrate India on Day Four of the first Test at Trent bridge on Saturday. Resuming on 352 for nine, Anderson continued to score briskly and so did Root to bring down India’s in to double figures. Anderson has registered his highest individual Test score surpassing 34 against South Africa at Leeds in 2008. England are 392 for nine.

Root batted with the tail-end to dig England out of trouble. This England’s highest 10th-wicket stand against India surpassing Paul Allott and Bob Willis sharing 70 at Lord’s in 1982. Indian seamers have done all the hard work but the pitch has slowed down and batting has been a comfortable task for the duo.

Earlier in the match, India had frustrated England with their last-wicket pair of Bhuvneshwar Kumar and Mohammed Shami sharing a 11-run stand which helped the visitors to put up 457. India had England on the mat at 202 or seven, but Stuart Broad’s brisk 47 followed by this unbeaten stand has put this match on course for a possible draw considering the dry wicket. 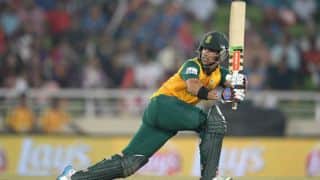 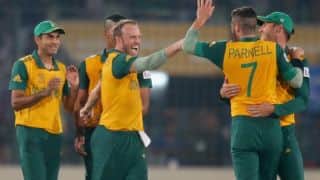