Cheteshwar Pujara and Ajinkya Rahane are helping India recover in the second Test against England at Lord’s India are now 108 for three on a green surface with a lot of help for the seamers.

After the fall of Virat Kohli’s wicket soon after lunch, Pujara commenced with Rahane. The cautious approach continued for Pujara as he went on to play 100 deliveries, while scoring only 19 runs. Rahane on the other hand, has started decently well. He played one far away from his body and hit it for a four through the backward point. Later, Rahane drove one down the ground for a four. Pujara too got into the act as he hit a four through the off-side.

Earlier in the morning, England won the toss and chose to bowl first.  Shikhar Dhawan was the first man to be dismissed early in the innings. Murali Vijay hung around to score 24, but was then dismissed. Kohli had played positively, but was dismissed as he was caught behind. 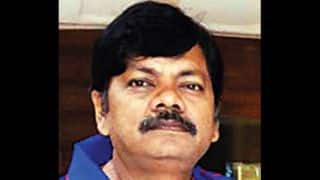 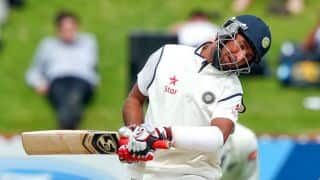