India have stabilised after the dismissal of Shikhar Dhawan in their second Test against England at Lord’s. Dhawan was earlier dismissed by Ben Stokes and after that, Cheteshwar Pujara and Murali Vijay are in the centre. Though the run-scoring rate has reduced, both batsmen have shown solidity and that is a good sign for India.

Dhawan was dismissed for 31 and the score then was 40. He was then caught at point. It shows how well he played and was unlucky to get out the way he did. But, since then, Pujara has come and batted well even as Vijay continues to be watchful. India have now taken the lead and are 65 for one. 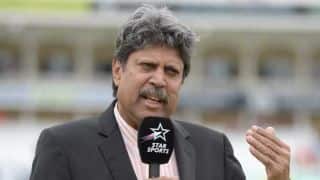