Cook has been in poor form with the bat for a while.

Michael Vaughan, the former England captain, has advised Alastair Cook to use all the negativity to motivate himself ahead of the third Test against India at Southampton. England have been winless for the last nine Tests and Cook himself has gone through a very rough patch of form. There is a lot of pressure on him not only as a batsman but also as a captain.

Writing in his column for The Telegraph, Vaughan wrote, “I would tell him to use the negativity of the last few months as a motivating factor.” Vaughan then said that Cook should come forward with positive intent, “He has played 107 Tests so leave it up to him how he wants to play. But this week arrive with a real positive intent and silence the people saying he should resign. If he scores a hundred it gives England a better chance of winning the Test. If that happens his life becomes much easier.”

Cook has been struggling for some time now and has had a tough time in the ongoing series against India as well. They were beaten by Sri Lanka before India came and they haven’t been able to register a win since the Ashes 2013-14. 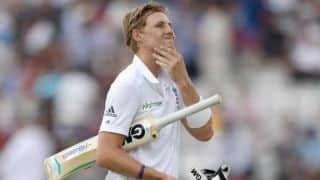