Ian Bell endured a tough run since the Ashes 2013-14, but bounced back.

Ian Bell, the England batsman, has dedicated his century against India to his grandfather, who passed away recently. Bell’s family suffered the loss before the second Test at Lord’s and it was an emotional moment for him when he got that century at Southampton in the third Test. Not only that, but he has also bounced back after a rough patch since the Ashes Down Under.

Bell was quoted by The Telegraph, “He was the guy who took me to cricket when mum and dad were at work and you need family support for all those junior cricket games. He was a massive influence on my cricket. It was a sad time a couple of weeks ago but being able to come out and score a hundred for him was great.”

Though Bell scored three tons in the Ashes 2013, his form dropped during the woeful summer Down Under, where England were thrashed 5-0. In the nine Tests before Southampton, Bell averaged a shade over 25, which reflected his struggle. However, this ton could give him immense confidence and perhaps help him bounce back. Bell completed his 100 Tests against Sri Lanka at Headingley before the India series.

Bell scored 167 at Southampton as England built a huge score of 569 for seven. At the end of Day Two, India are 25 for one. 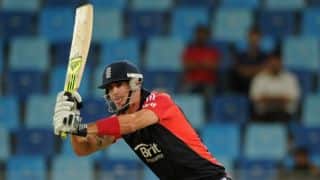