Root achieved the milestone during the fourth ODI at Edgbaston.

Joe Root has completed 1,000 runs in One-Day International (ODI) cricket. He achieved the milestone during the fourth ODI between India and England at Edgbaston. Root made his debut against India in India in 2013 and has then gone on to become one of the most important batsmen for England across formats.

Root came in when England were in huge trouble. Now, along with Eoin Morgan, he has charted a recovery and England have now posted 82 for three in 24 overs. Root is currently batting on 28. 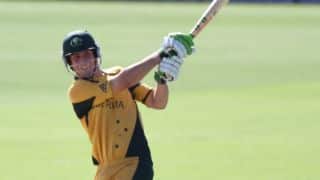