India were bowled out for 152 at Manchester.

India were bowled out for 152 in the fourth Test at Manchester against England and that innings featured six ducks. At one stage, India were in huge trouble at eight for four. Out of the top four, three batsmen got ducks and then they had three more blobs. This is now a joint world-record for the most ducks in a Test innings.

India lost Cheteshwar Pujara, Murali Vijay and Virat Kohli for ducks with the score on eight. Later on, Ravindra Jadeja, Bhuvneshwar Kumar and Pankaj Singh then got the ducks to make it six. This has happened on only three previous occasions. Pakistan recorded that against the West Indies in 1980. Then, South Africa recorded six ducks against India at Ahmedabad in 1996. The previous occasion was when Bangladesh did it against West Indies at Dhaka in 2002. 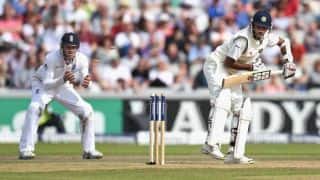 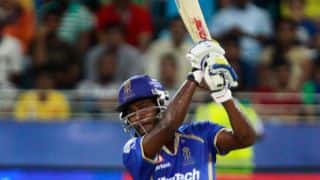