Former English bowler Bob Willis expressed happiness over the recall of Steven Finn to the England squad for the fourth Test against India at the Old Trafford Ground in Manchester starting August 7.

Steven Finn has been recalled to the England squad for the fourth Test . He has been called to replace the injured Liam Plunkett, who suffered an ankle injury. “The timing of Steven Finn’s recall to the England squad could hardly be better and I’d get him straight into the team for Thursday’s fourth Test against India,” Willis wrote on his blog on the Sky Sports website. He ranked Finn ahead of the Chris Jordan and Ben Stokes and hoped that he would get selected in the playing XI.

Analysing the third Test between the two sides at Southampton, Willis remarked that the duo of James Anderson and Stuart Broad did not get the kind of help that they would have expected from Chris Woakes and Chris Jordan. “Chris Woakes was unlucky at Southampton, granted, but Jordan was out of sorts and they didn’t get a wicket between them. Finn can help to dissipate their workload and give Anderson and Broad the chance to see the series out,” added Willis in his column.

Finn last appeared in the Test side against Australia in last year’s edition of the Ashes in at home soil. He was unceremoniously dropped from the team after three Tests of the 2010-11 Ashes in Australia, despite being the leading wicket-taker. Willis however believed that he was “at an age now where he should be reaching the peak of his powers”.

Bob Willis represented England in 90 Tests and 64 One-Day Internationals (ODI) between 1971 and 1984. His best performance came against Australia in the 1981 Ashes Down Under, where he picked eight wickets for 43 runs. 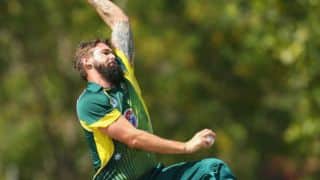 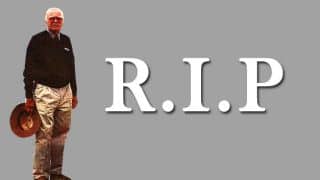