Former Sri Lankan captain Arjuna Ranatunga said that the Board of Control for Cricket in India (BCCI) is responsible for India’s debacle in England. India went down 1-3 to the hosts and faced criticism from all sides. Ranatunga also blamed the Indian Premier League (IPL) and said that the series defeat was a huge eye-opener for India.

“I think they (batsmen) are more concerned about playing the shorter version and probably thinking about the financial aspect; they are not adept at Test cricket. It was so unfortunate to see a player like Virat Kohli struggle. They must seek advice from some of the great technicians in Indian cricket,” Ranatunga was quoted as saying by Mid-Day.

“When I was a kid, I was thrilled to see Sunil Gavaskar, Gundappa Vishwanath, Mohinder Amarnath and Dilip Vengsarkar bat. They were icons. Now, if I go to a school in Sri Lanka and tell the young boys to watch one of the Indian players now and consider them icons, the kids will laugh at me. There will be no icons now and Indian cricket will suffer,” he added.

Ranatunga has been vocal about the hazards of T20 cricket and specifically targetted the IPL since its inception. “When the IPL started, I spoke out against the dangers. I felt that the importance of Test cricket will be peeled off. The IPL is absolutely rubbish. I was surprised to hear the so-called cricket pundits discussing what has happened in England. Some of the guys who are very much involved in the IPL have started now talking about the value of Test cricket,” he concluded. 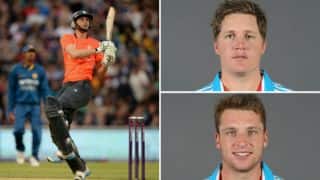