India vs England 2014, Day 4 of 3rd Test at Southampton: It will be difficult for India to save the match,

Dhawan said it is difficult to bat on the pitch because of wear and tear.

Indian opener Shikhar Dhawan has admitted that his team is in a tough position in the third Test against England and will find it difficult to save the match on the final day. India were placed at 112 for four in their fourth-innings’ in pursuit of 445 runs. “It is going to be hard for us tomorrow,” said Dhawan, who scored 37 runs in the second innings. “England are in a good position. But we need to have a good partnership and then maybe we can see how it shapes up with the two batsmen in the middle.” Dhawan further said it is difficult to bat on the pitch because of wear and tear.

“I feel the wicket has started taking turn and it is also seaming a bit. There are some spots created on the pitch because of wear and tear. There is a rough patch outside off-stump and then the ball is also turning when it is not pitching in the rough. You cannot predict this sort of movement, spin or seam, and it is not easy to bat there in the middle,” he said. Dhawan has been struggling for runs in this series and for once he got a start in the second innings. But it came to nought as he fell to a terrific delivery from Moeen Ali who later also snapped up Virat Kohli.

“When you get out to a good ball, then you cannot do much about it,” said Dhawan about his mode of dismissal. Asked why Indian openers don’t seem to fire together, he said, “It is sad and frustrating that we are not getting runs together and not able to give that big partnership at the front of the order. “Of course Murali Vijay has done well on this tour. But it is part of cricket. I am working hard in the nets. I tried playing close to the body as well in the second innings but you cannot do much when you get good balls.”

After the end of day’s play, England’s under-fire pacer James Anderson was seen having a few words with Ajinkya Rahane, and umpire Rod Tucker had to step in. But Dhawan dismissed the incident off-hand. “That is normal. It happens in cricket,” he said, without referring to the ongoing Ravindra Jadeja issue. 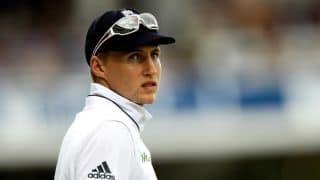 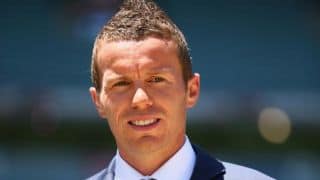